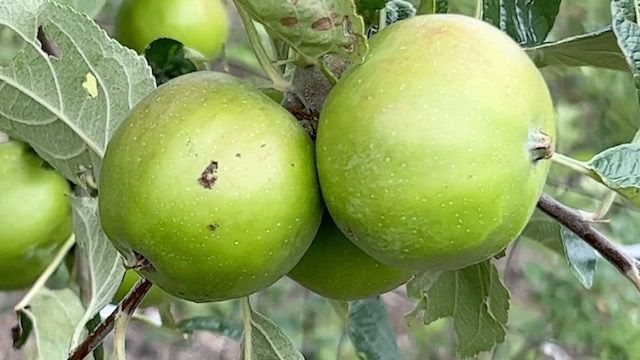 AVERY COUNTY, NC — Doug Hundley is known as the “Heritage Apple Tree” in Avery County. He moved to the mountains years ago from Texas and started working in a co-op.

“It’s a way to do horticulture and history at the same time,” Hundley said.

As he began to expand and sell apples at the factory sale, he noticed that people were looking for specific apples.

“They wanted the apples they grew up with,” Hundley said.

The apples are known as heirloom apples.

“In the early 1600s, our ancestors arrived in the United States between 1600 and 1650. When they arrived on these ships, they couldn’t take much with them — it was difficult,” Hundley said.

What they did bring, however, was an apple seed.

They brought such varieties of apples that many people in the world have not tried, because they are no longer sold in stores, except for Golden Delicious and Mackintosh.

Dundley went around looking for people with heirloom apples in their yards. Now he grows almost 100 different varieties of apples.

“When the ladies of the mountains wanted the prettiest applesauce, as white as white, they used maiden blush,” Hundley said.

His apples are sold in Avery County. You can also buy heirloom apple trees so you can grow your own.