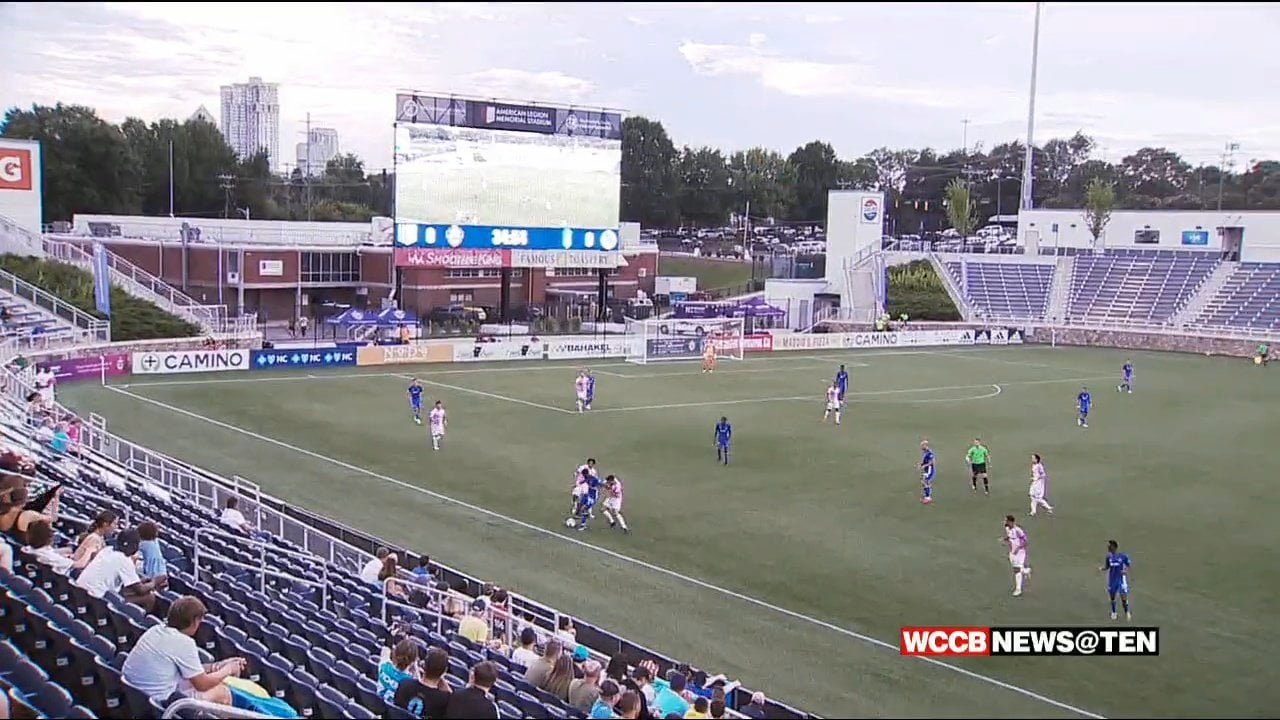 CHARLOTTE, NC – The Charlotte Independence played to a scoreless tie against Forward Madison FC on Friday, August 5th at American Legion Memorial Stadium. The Jacks will travel to face the South Georgia Tormento FC next week on Saturday, August 13th at 7:30 p.m.

The match started at a very fast pace as both teams looked to get into the final third immediately. #11 Tresor Mbuyu put constant pressure on the left post with crosses and searches for goal.

#2 Koa Santos curled a dangerous free-kick around the Flamingo wall and in close proximity to the Madison keeper, who headed it into the Jacks corner.

The Independence back line handled all of the pressure from the Flamingos, featuring multiple shutouts from No. 3 Hector Acosta and No. 5 Shalom Dati.

“Our defensive effort has been outstanding these past few games,” Doughty said. “We have come to the point where we know what to do and we are playing in a good structure in the back line.”

There were no goals at halftime: Charlotte Independence 0 – Forward Madison FC 0.

Defender #17 Clay Dimick was quite active in the Jacks attack in the second half and delivered a threatening cross to Omar Siss #6 at the back post who earned a corner. Only minutes later, Mbuyu ran down the left in search of #90 Hora Bennett, but the ball bounced to #13 Chris Hegardt, who beat the back of the defender.

Another exciting opportunity for Independence came in the 89th minute when Siss took a shot on the turn that was narrowly blocked by the Madison keeper with his fingertips. Siss had the last chance of the match, hitting the post in stoppage time.

In search of a goal, “Jacks” fought until the last minute. #10 Ayrton Paez returned from a long injury layoff, coming on as a substitute in the last effort of the match.

“It was nice to get Paes back, he’s been out for the better part of three months, so it was nice to get him some minutes tonight,” Jeffries said. “He’s been sharp in practice the last week and he’s a guy who can unlock defenses when they’re tight with his smarts.”

Ticket revenue and donations collected at the stadium from tonight’s “We Are With Ukraine” match will be donated to the Ukrainian Congressional Committee of America, Charlotte Chapter, to provide resources for medics and caregivers in Ukraine. Forward No. 18 from Ukrainian Kherson Ilya Shautsov received a standing ovation from the fans when he entered the field as a substitute.

“I was very pleased to see these Ukrainian flags and communicate with the fans,” Shautsov said. “Some of them also escaped the war, so it was nice to talk to them, see them. I’m sorry we didn’t win, I wanted to win, our whole team wanted to win, but I’m sure they’ll come to our stadium and see more wins.”

FURTHER ON THE SCHEDULE: The Charlotte Independence will take on the South Georgia Torment FC on Saturday, August 13 at 7:30 p.m. Fans can stream the game live on Bahakel Sports.