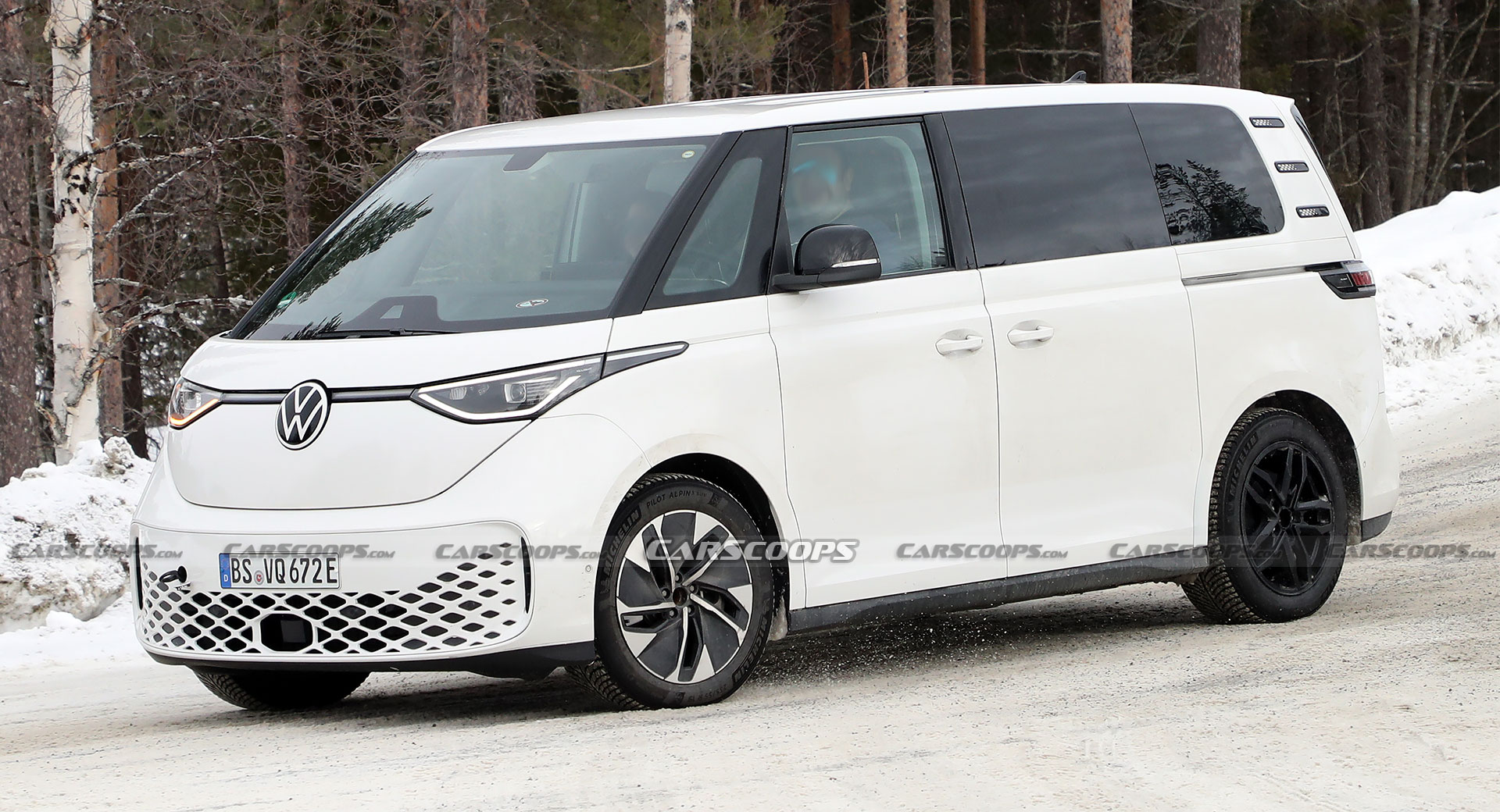 Literally a couple of days later VW ID. Buzzing was officially unveiled, a prototype without camouflage had just been spotted during some tests in cold weather.

It’s all the time ID. Buzzing The prototype was made in the snowy conditions of Northern Europe and gives us the first opportunity to see what it looks like outdoors, rather than through a few carefully edited photos in the press.

Read more: New VW ID. Buzz is presented as a delicious EV minibus in both passenger and freight vans

The first thing that can catch your eye is how “simple” this prototype looks. This is no doubt due to the fact that it is painted in a simple shade of white, called Candy White, and does not have a two-tone paint scheme, as examples officially presented by Volkswagen. It should be noted that seven monochrome options are available for the ID. Buzz, in addition to the four two-tone options, so it seems likely that most VW electric vans will leave the factory with a shade rather than a two-tone paint.

While paint may not be the most interesting aspect of this prototype, it’s hard not to be surprised by LED headlights and daytime running lights that give the van a very modern look. There’s also a futuristic front grille that proves that EVs can have human-like faces.

You may also notice ID. Buzzing in question the wheels do not match. The ones on the front look like serial specs, and the black wheels on the back don’t seem to be in the range.

Volkswagen has confirmed that the European models will come standard with a battery of 82 kW / h, which drives an electric motor with a capacity of 201 hp, which provides a torque of 229 lb-ft (310 Nm), all of which is directed to the rear wheels . Other battery options will be available next year, as well as more powerful twin-engine models.

Is there a VW ID. Buzz looks so interesting on the open road?

Source link Is there a VW ID. Buzz looks so interesting on the open road?