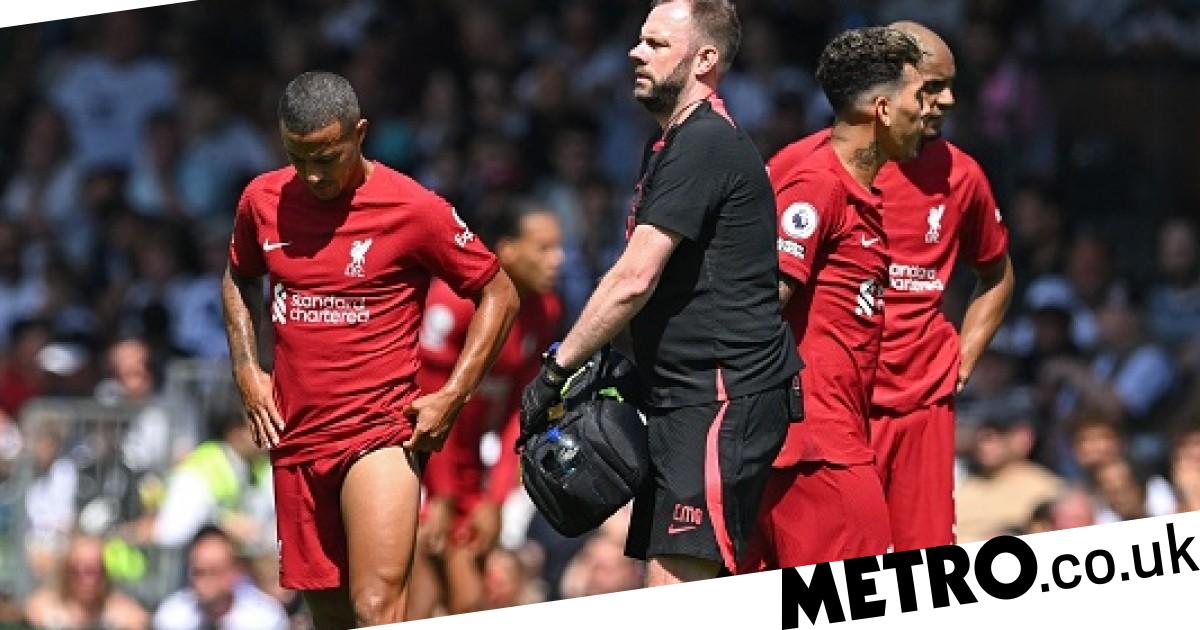 Jurgen Klopp says Liverpool will not be looking for a new midfielder in the summer transfer window despite Thiaga’s injury in Saturday’s draw with Fulham.

Thiago was substituted in the 50th minute Liverpool drew 2-2 in favor of the newly promoted side and appeared to be holding his hamstring at Craven Cottage.

Liverpool are now missing Naby Keita, Ibrahim Konate, Curtis Jones, Alex Oxlade-ChamberlainKostas Tsimikas and Diogo Hota are out through injury, and even Jordan Henderson got a scare in the first half but was able to continue.

When asked about Thiago’s injury, Klopp told the BBC: “I have no idea, it looks pretty bad. He didn’t look too happy.’

The Liverpool boss has played down his growing injury list and insists the club will not be tempted to sign a new midfielder before the transfer window closes.

“I know what will happen now, that’s clear,” added Klopp. “We said we don’t need a midfielder because we have enough – and we actually have enough.

“But the problem now is that we are being punished for something that is not really our responsibility, because these things can happen.

“Nobody could have imagined this Curtis [Jones] gets what it gets; it’s nothing serious but he’s a young boy and it’s some kind of stress reaction.

“The bodies are like that. Nabi [Keita] just sick and he will definitely be back next week.

‘[The injury to] Alex Oxlade-Chamberlain happened early and now with Thiago, which of course is not good and we will see.

“Look, the transfer has to make sense now and in the long term; we have midfielders, we still have enough midfielders.

“It’s not that we don’t have enough midfielders, it’s just that some of them are injured. It’s not a good situation, I don’t like it at all, but we have to see how we react to it, but certainly we’re not panicking.”

Liverpool will return to Premier League action against Crystal Palace on August 15.