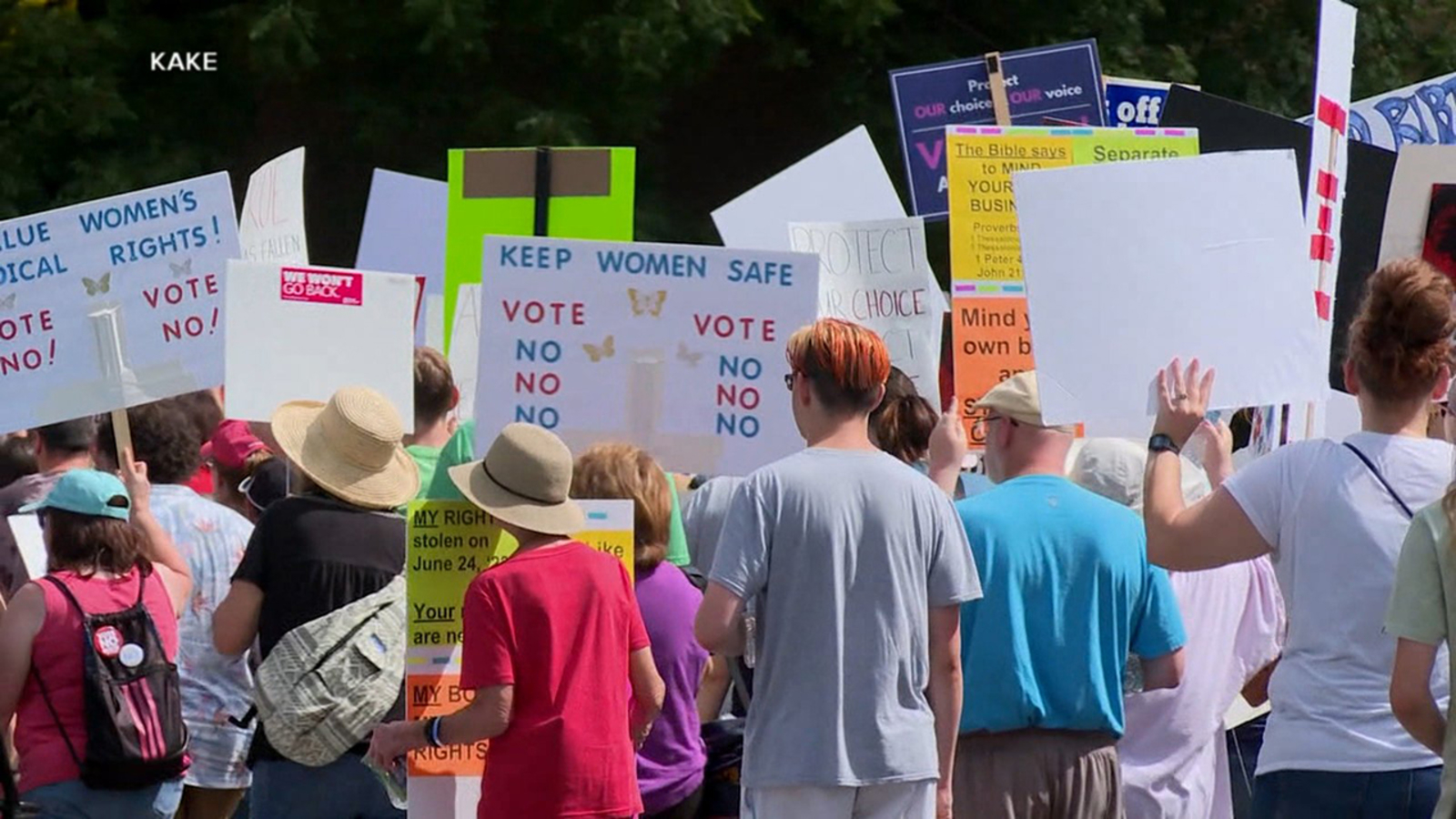 TOPEKA, KANSAS — Kansas voters on Tuesday protected abortion rights in their state by rejecting a measure that would have allowed the Republican-controlled Legislature to tighten restrictions on abortions or ban them altogether.

Please note: The video above is from a previous report

The referendum in the conservative state was the first test of American voter sentiment on abortion rights since the Supreme Court overturned Roe v. Wade in June. It was a major victory for abortion rights advocates after several weeks in which many states in the South and Midwest largely banned abortion.

Voters rejected a proposed amendment to the Kansas State Constitution that would have added language saying it does not grant abortion rights. A 2019 state Supreme Court decision declared access to abortion a “fundamental” right under the state’s Bill of Rights, preventing a ban and potentially derailing legislative efforts to impose new restrictions.

The referendum has been closely watched as a barometer of anger among liberal and moderate voters over the June decision to overturn nationwide abortion rights. The measure’s failure was also significant because of how conservative Kansas is and how twice as many Republicans as Democrats voted in the August primary a decade before Tuesday night’s tilt.

Kristy Winter, 52, a teacher in the Kansas City area and an independent voter, voted against the measure and brought her 16-year-old daughter with her to the polls.

Opponents of the measure predicted that anti-abortion groups and lawmakers behind the measure would quickly push for an abortion ban if voters approved it. Before the vote, supporters of the measure declined to say whether they would continue the ban as they appealed to voters who supported both some restrictions and access to abortion.

Stephanie Kostreva, a 40-year-old school nurse from the Kansas City area and a Democrat, said she voted for the measure because she is a Christian and believes life begins at conception.

“I don’t understand that abortion should never happen,” she said. “I know there are emergencies, and when a mother’s life is in danger, there is no reason for two people to die.”

An anonymous group sent a deceptive text message to Kansas voters on Monday telling them to “vote yes” to protect their choice, but it was suspended late Monday on the Twilio messaging platform it uses, a spokesperson said. Twilio has not identified the sender.

A 2019 Kansas Supreme Court ruling protecting abortion rights blocked a law that would have banned the most common procedure in the second trimester of pregnancy, and another law that mandated special health rules for abortion providers is also on hold. Opponents of abortion have argued that all existing state restrictions are at risk, although some legal scholars have found this argument questionable. Kansas does not prohibit most abortions before the 22nd week of pregnancy.

Supporters of the measure got off to a head start because anti-abortion lawmakers scheduled the vote on a primary election day when Republicans have voted twice as much as Democrats over the past 10 years. But the early voting electorate was more democratic than usual.

The Kansas vote is the start of what could be a long series of court battles that are taking place where lawmakers are more conservative on abortion than governors or state courts. In November, Kentucky will vote to add language similar to Kansas to the state constitution.

Meanwhile, Vermont will decide in November whether to add an abortion rights provision to the constitution. A similar question is likely to be headed to the November ballot in Michigan.

In Kansas, the two parties combined spent more than $14 million on their campaigns. Abortion providers and abortion advocacy groups were key donors to the No side, while Catholic dioceses heavily funded the Yes campaign.

For 30 years, the state legislature has had strong anti-abortion majorities, but voters have regularly elected Democratic governors, including Laura Kelly in 2018. She opposed the proposed amendment, saying that changing the state constitution would “send the state back into darkness.” Centuries”.

State Attorney General Derek Schmidt, a Republican hoping to unseat Kelly, supported the proposed constitutional amendment. Before the election, he told the Catholic television network EWTN that “there is still room for progress” on reducing abortion, without specifying what he would sign as governor.

Although abortion opponents have pushed for new restrictions almost every year until the state Supreme Court’s ruling in 2019, they have felt constrained by past court decisions and Democratic governors like Kelly.