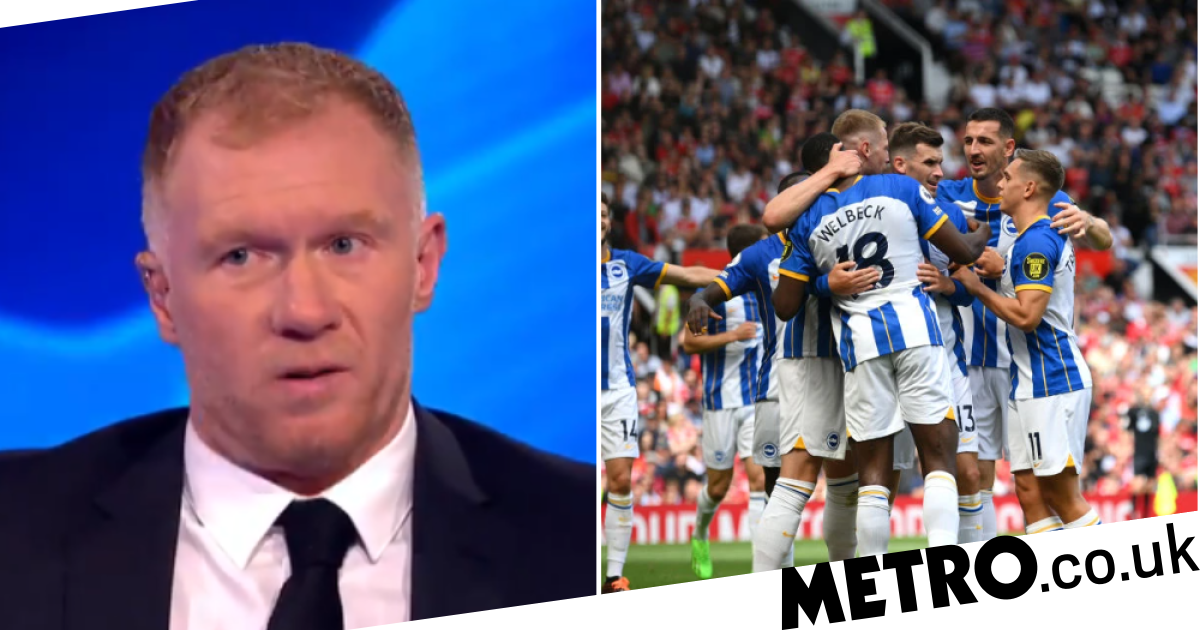 After that, Paul Scholes brought down Scott McTominay and Fred Manchester United suffered a disappointing defeat against Brighton in their Premier League opener.

Erik ten Hag endured a nightmare first competitive game as United boss as his Red Devils side were beaten 2-1 at Old Trafford.

Pascal Gross scored twice in nine first-half minutes as Brighton took the lead, leading to the hosts being booed at half-time.

United, who finished sixth last season, improved after the break but were unable to hit back despite a poor Alexis McAllister own goal.

It was Brighton’s first ever win at the Theater of Dreams and marked an inauspicious start to the Ten Hoag era at Manchester United.

“It was a shocking start for Man United and the first half was really terrible,” Scholes told the Premier League publication. “From the first minutes, there were signs that everything was going to be bad.

“McTominay was always trying to run with the ball, funny. The quality in midfield was very poor.

“I was happy that he was not removed [for a high challenge] but I think he got a little lucky. Again, he runs with the ball, absolutely ridiculous.

“It could easily have been a red card. The quality in midfield was nowhere near good enough, but we’ve seen that over the last few years with these two players.

– With Fred and McTominay, he [Ten Hag] will have to go with just one of them, but even one of them is probably too many.

“Fred is constantly giving the ball away and McTominay is constantly trying to run with the ball and then give it away. Pass it on to your best players! It’s not that difficult. On a day like today, it’s criminal.”

Although it was a very disappointing day for Manchester United, Brighton returned home not only with three points but also with a historic victory.

Scorer Gross said: “We couldn’t ask for more. Three points away to Manchester United. This is a big victory for us today.

“I would like to score more goals against other teams, but always against Man United. I don’t know why!

“We played very well. the game plan was very good and we stuck to it. We had chances and we were directly in front of the goal.’

The Hague will be desperate for a response from his side when Manchester United travel to Brentford next week and Brighton return to action against Newcastle United.