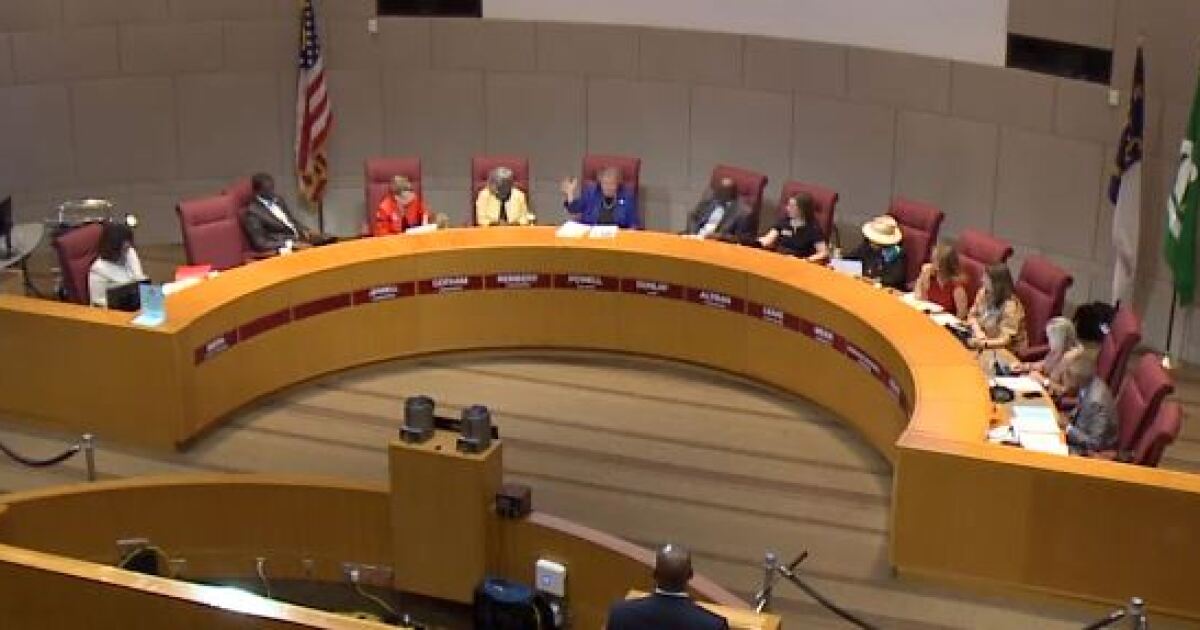 School Board Chairwoman Elise Dashu says the school board will have to make a difficult choice on how to deal with the $ 10 million gap between what the council asked for and what the commissioners approved. She said it would happen after the state approves the budget.

But Dasha says there was no talk of mediation among her colleagues like last year.

“I believe our Mecklenburg County Council of Commissioners really cares about what’s best for children,” Dash said. “And so we just need to keep working hard to be on one page so we can do our part and they’ve done their part and we’re not fighting each other.”

The $ 10 million higher than the county chief’s proposal will be a one-time allocation for preventive care, which is twice as much as the county demanded. County manager Dan Diorio said that with this arrangement, the county could avoid using past salaries for maintenance and instead use them to raise the salaries of teaching assistants.

The CMS board has asked for $ 6 million to increase hourly pay for teaching assistants, hoping the county will fund it on a regular basis.

Mecklenburg County budget spends $ 591 million on CMS, which is about a quarter of the district’s budget. The new financial year begins on July 1.