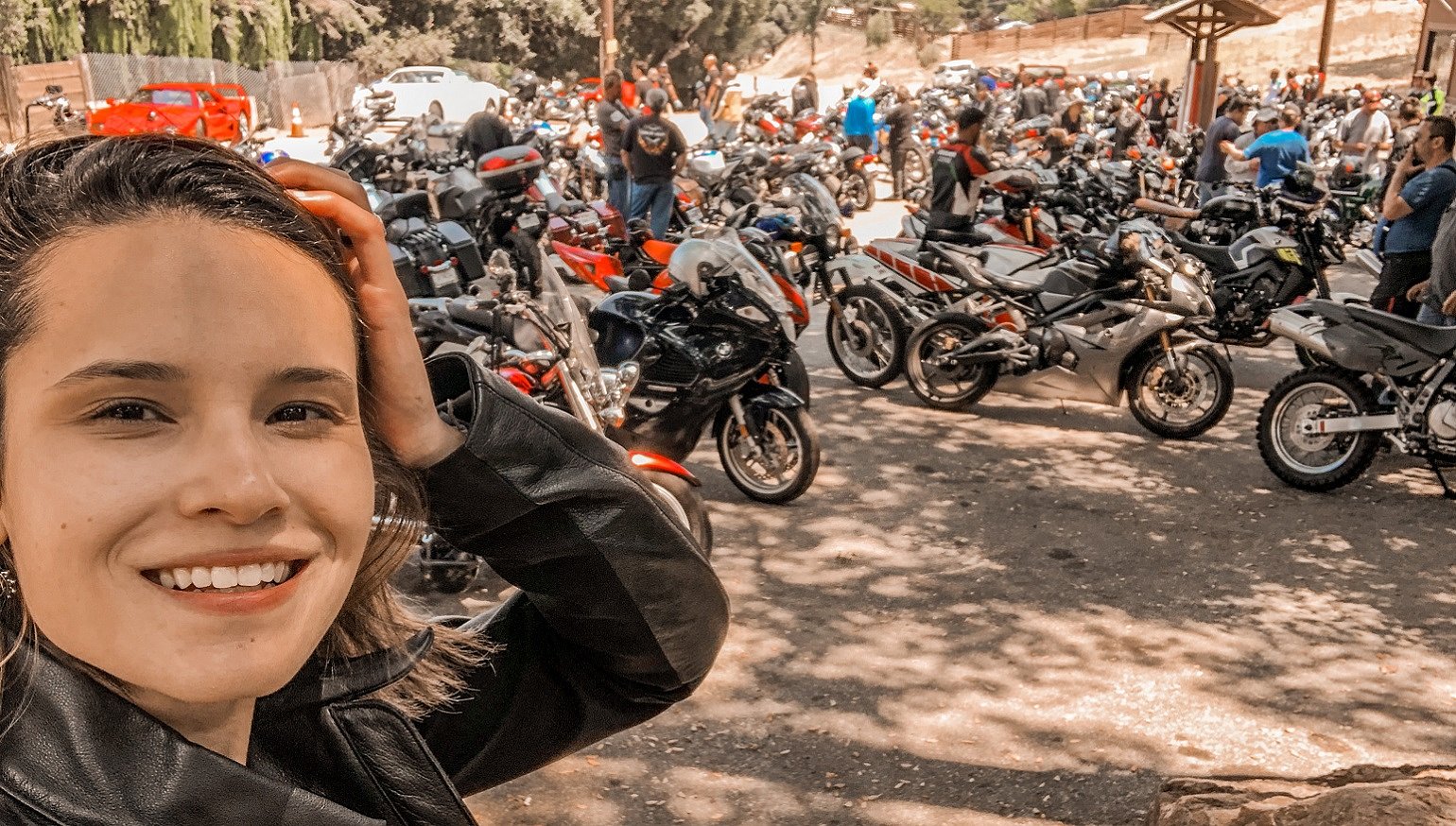 Remember the spontaneity of childhood? Friends came to our porches only with a bicycle, with a smile and without plans. There were no deadlines, no worries about what might surprise us tomorrow. It was just today and it was fun. That was enough.

One day we all went to our last innocent meeting, not knowing it was the last. We have grown. We have become adults. Long working hours, incompatible schedules and family responsibilities took over.

Editor’s note: Ananda Costa is a member RevZilla Rider’s Alliancea team of daily riders from all over the country, from all walks of life, on all types of bikes, representing and covering the diversity of RevZilla passengers.

By age 26, I had established my boring, stable life. It was weird and wrong, but I just thought it was my inevitable fate. I remember looking at accidentally parked motorcycles and thinking, “If I were younger …” Then I would be lost in my childhood dreams that didn’t come true. The biggest of them? Having a motorcycle.

Beginnings: A little girl who dreamed of two wheels

Ever since I was very young, growing up in Brazil, I have been obsessed with everything self-propelled. For years I wrote to Santa asking for a motorcycle, but the little bike was all he brought me. I learned to ride a bike without training wheels when I was three years old. My friend’s dad taught him and I asked if he could teach me too.

“I’ll push you, don’t stop trading and keep waiting ahead, okay?” he said.

“GOOD!” I replied. I did as he said and stopped trading only when I had to turn around. The turn was a lesson the other day. The love for two wheels instantly settled in my soul.

When I was 10 years old, after long insistence my mother and father gave me a small scooter called the Walk Machine Millennium. It was 2001. I don’t have a photo, but you can see how it was in the video below. These little things were powered by a two-stroke engine under 50 cc and started with a rope. At the time, they were very popular in Brazil. Not so popular with girls, but it was good to be a little different.

The Walk Machine was very jumpy and most of my friends crashed on it after inadvertently running the wheels. Body work was completely destroyed a few weeks later. But it continued for another three years.

I would ride all day. My dad taught me to mix gasoline and oil so I could fill the tank myself when I ran out of fuel. I cleaned the filter every month and my right hand was definitely stronger than my left because of the cord. These days, I miss my childhood the most. I can still smell those memories.

My neighbor got from her father a Honda Biz, a small motorcycle-style scooter. She was very afraid to ride it, and from time to time allowed me to tour the neighborhood. Another school friend had a Yamaha Jog scooter, and he sometimes let me ride around the neighborhood near school. All this without the knowledge of mom and dad. Even though my dad was a rider as a child, he got into a few accidents and didn’t want to give me a real bike. (Spoiler: Today he is proud to see me on a bicycle and is considering returning to it.)

After driving many miles on my two-stroke scooter and asking neighbors to let me ride my bikes, I grew out of it. I literally grew up and became a regular teenager, desperately trying to conform to any approved stereotypes. The dream of a motorcycle went to sleep.

Say the scene, and 2018, and I live in Los Angeles. It’s time to bring the baby back to life. After several months of reflection and self-doubt, I decided to get a real motorcycle. I had no idea what this would mean for my life, but I wanted to realize my dream of flying there on two wheels.

After a little research and review Lemmy and Spurgeon’s review of the Honda Rebel, I started looking for one. Found. The 2018 Honda Rebel 300 with a ride of just over 300 miles for $ 3,500. I went to personally check out the bike, and there was a dent on the side, so I bargained for up to $ 3,200. I didn’t know exactly how to ride, but I had a general idea. I drove around the neighborhood. The motorcycle was spinning at high speed, but did not give me strength. Burned clutch? I didn’t know. Maybe that’s why it’s so cheap. I bought a bike.

After that, I signed up for the MSF Basic RiderCourse, had a great weekend riding the Harley-Davidson Street 500 and decided I was ready to start using my Rebel for daily trips. On the first day of the trip I started to feel that something was really wrong with the bike. I drove it to a Honda dealership, and it was confirmed that they needed to replace the clutch. I was angry at myself for not knowing about it before buying, but well, learned a lesson.

The first group trip I went on was organized by Bartels ’Harley-Davidson, a dealer where I took an MSF course. During this trip I saw someone riding my dream motorcycle, the Triumph, and introduced myself. He told me all about how he got his bike for less than $ 5,000. He would be one of my best friends, the one who brought back to my life those childhood feelings.

With the new clutch the Rebel was like a new bike, but the riding position was not as comfortable (I have a height of five feet nine inches) and the power was not enough to get me out of dangerous situations. Eventually I got my new bike, my Triumph. But that’s another story.

I drove more to rides, I had more friends. Suddenly life became wonderful, even better than being a child: I rode in the morning, not having time to return, without curfew, only me, my bike, friends and open plan and road. Motorcycles and the motorcycle community brought me back to life after a debilitating bout of depression, and I can never be too grateful for that.

Remember the spontaneity of childhood? Inside every boring adult lives a child of failure. Don’t be such an adult. Revive this child.

My personal journey to two wheels