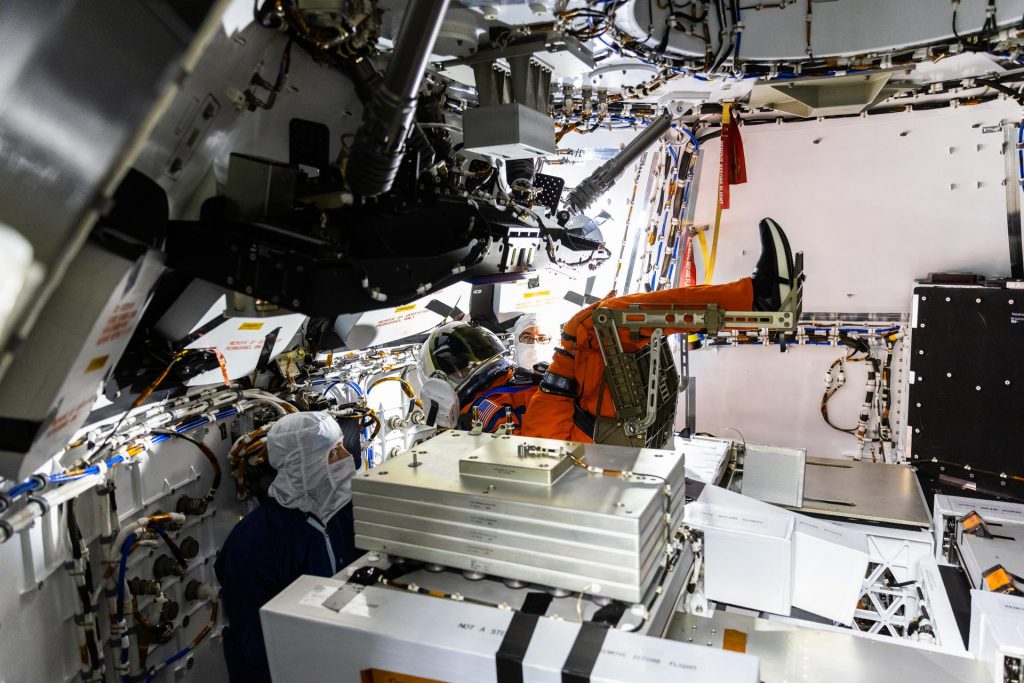 NASA is gearing up for a new era of lunar exploration with the upcoming launch of the Artemis I mission. Ahead of the eventual return of humans to the Moon, for the first time since the Apollo missions, Artemis I will be an unmanned lunar orbiter to test technology, including NASA’s new rocket Space Launch System (SLS). The launch is scheduled for later this monthNASA teams are working on final tests and preparations for the mission.

The launch is scheduled for Monday, August 29, during a two-hour launch window beginning at 8:33 a.m. ET. If weather or other issues mean that the launch has to be postponed, there are additional launch opportunities in September, on the 2nd and 5th of that month. SLS launches from Launch Complex 39B (LC-39B) at the Kennedy Space Center in Florida.

Under the current launch schedule, the SLS rocket along with the Orion crew capsule (filled with astronaut dummies for data collection) will perform a 42-day mission during which the rocket will pass through the Earth’s atmosphere before being launched. The Orion spacecraft will orbit the Earth before orbiting the Moon, collecting data, then returning to Earth and crashing into the ocean on October 10.

NASA has confirmed that pre-launch activities are ahead of schedule. “As NASA’s first attempt to launch Artemis I approaches, teams are ahead of schedule to complete final inspections and shutdown of the Space Launch System (SLS) rocket and Orion spacecraft at the Vehicle Assembly Building (VAB) at Kennedy Space Center in Florida. ” – writes NASA in an update.

“Teams are withdrawing the VAB platforms that provide access to the rocket and spacecraft after engineers complete the installation of thermal blankets on the cryogenic engine intermediate stage around the launch vehicle stage adapter. Technicians also replaced the flight hatches of the rocket’s main stage engines. Final inspections have been completed on these areas and they are ready to fly.”


NASA is preparing to launch Artemis later this month