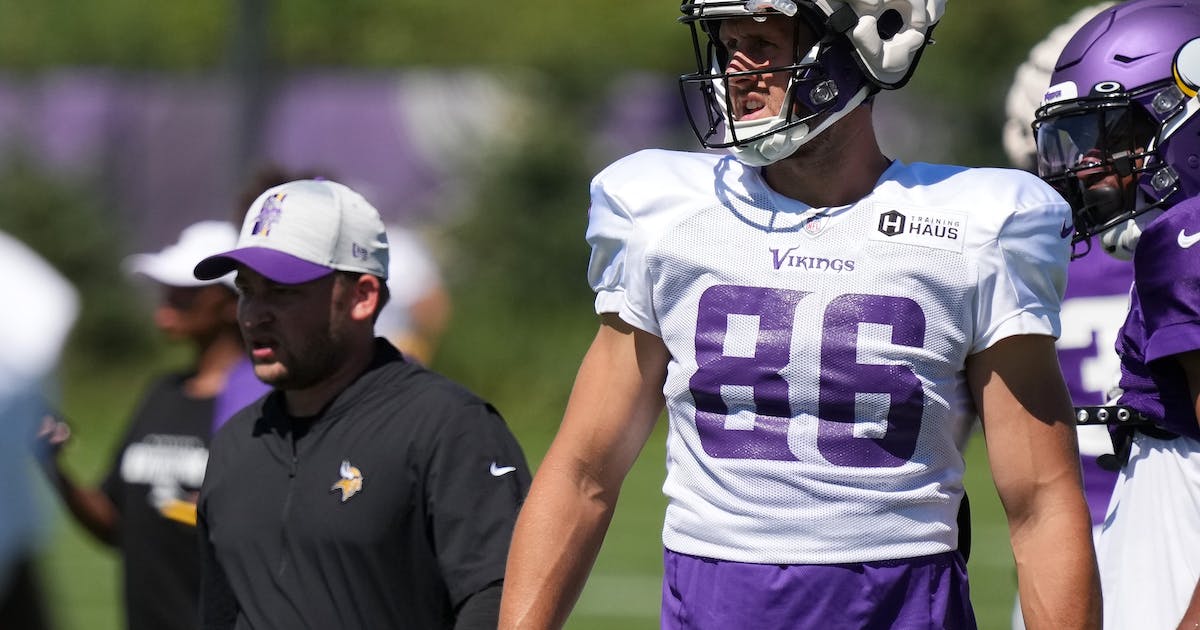 The Vikings have a tough end Irv Smith Jr due to a broken right thumb before the first week, Johnny Mundt — an offseason pickup from the Rams — gets a chance to work with the first-team offensive lineman in Smith’s place. Mundt caught a touchdown pass Kirk Cousins in the red zone on Friday, staying in bounds to make the catch after separating from the coverage near the sideline.

Mundt, who played coach by Kevin O’Connell scheme with the Rams, said he was able to give players on-field tips about the details of the offense as they studied the playbook.

“I hope they’ll say I’ve been a big help — making sure we’re lined up right, reminding people what they have,” Mundt said. “There are opportunities to do it right. I like being Johnny on the spot.”

Mundt echoed the Vikings’ optimism about Smith’s chances of returning for the season opener against the Packers. Until then, he said, “it opens a few more doors.

“I’m getting a lot more reps in practice, in third-down situations, things like that, just building chemistry with Kirk and the other quarterbacks on the team. It was wonderful.”

linebacker Jordan Hicks had an impressive practice on Friday, taking the ball away Alexander Matheson to force a fumble before intercepting a Cousins ​​pass in the end zone. Hicks also picked off another pass earlier Dan Cizena came down with a sword.

Hicks’ interception of Cousins ​​was one of two the quarterback threw in the red zone period Friday; Cameron Dantzler also picked off a pass behind Cousins’ goal near the left sideline. However, Cousins ​​was impressive hitting in center field K. J. Osborne and Cizena, on a day when the first-team offense moved the ball effectively in the team period against the second-team defense.