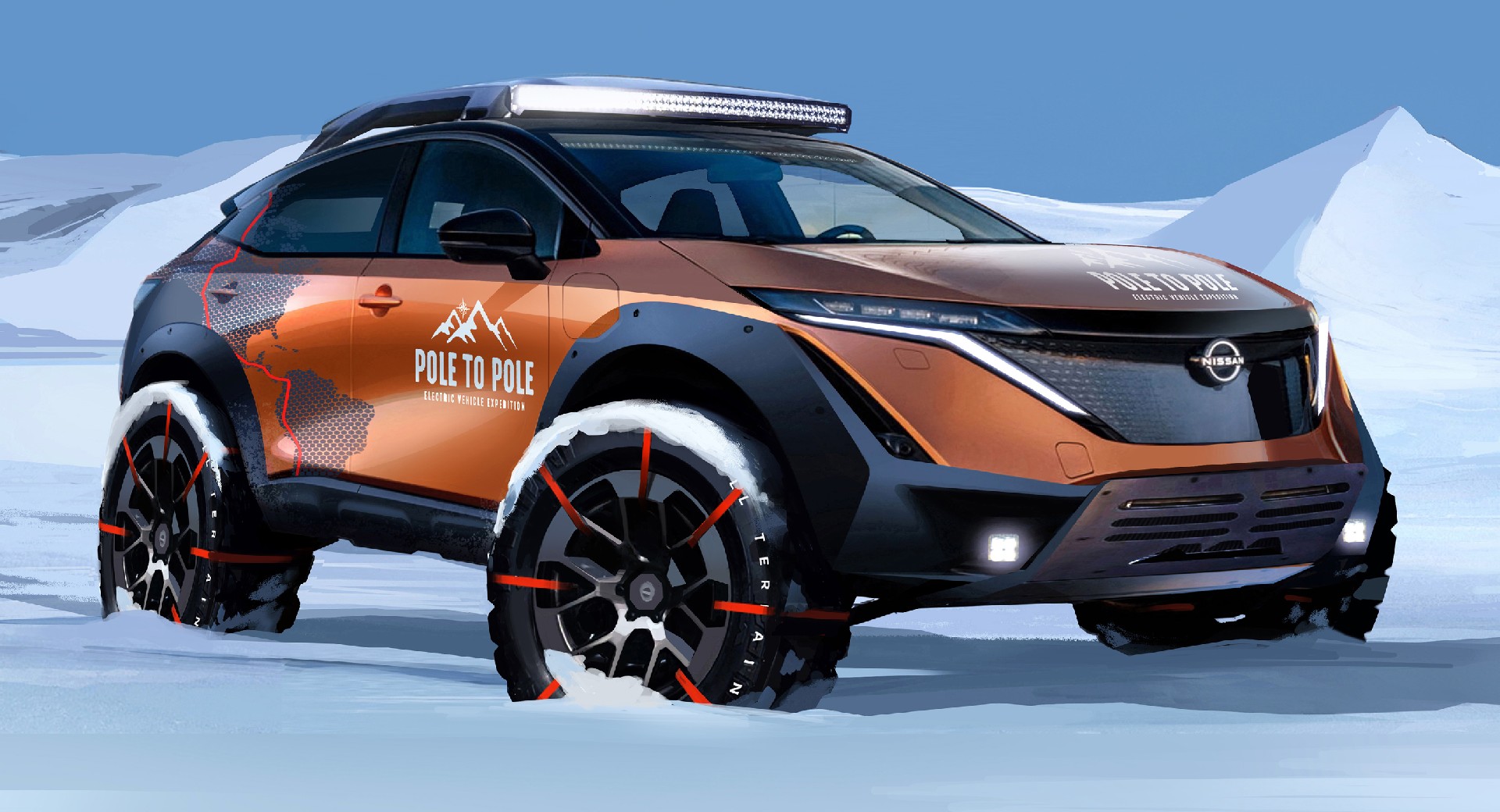 A Nissan Ariya with Scottish adventurer Chris Ramsey behind the wheel will travel 27,000 km (16,777 miles) to become the first vehicle – not to mention EV – from the North to the South Pole.

The Pole to Pole adventure will begin in March 2023. The team will start at the North Pole and continue in North, Central and South America before crossing to Antarctica and eventually reaching the South Pole. During this long journey, which will include snow-covered glacial landscapes, mountain sunrises and vast desert dunes, temperatures will range from -30⁰C to 30⁰C.

The Nissan Ariya, which will be used in the expedition, has been viewed in a set of sketches showcasing its visual modifications. Changes compared to the road version will include large wheels with all-terrain tires, a new suspension setting, a sturdy body kit with side plates, plastic cladding on wheel arches and a roof design with additional LEDs.

Nissan did not mention any upgrades to the electric transmission, so we assume that the car will be equipped with a larger battery with a capacity of 90 kWh and a twin-engine unit that will produce a combined power of 389 hp. (290 kW / 394 hp) and 443 lb-ft (600 Nm). Nissan e-4ORCE an electric all-wheel drive system will come in handy in difficult terrain, although driving an EV over such a long distance will definitely require a lot of stops to charge.

In addition to a specially prepared SUV, there will be a second and completely in stock Ariya e-4ORCE join the team as a support vehicle throughout North, Central and South America. 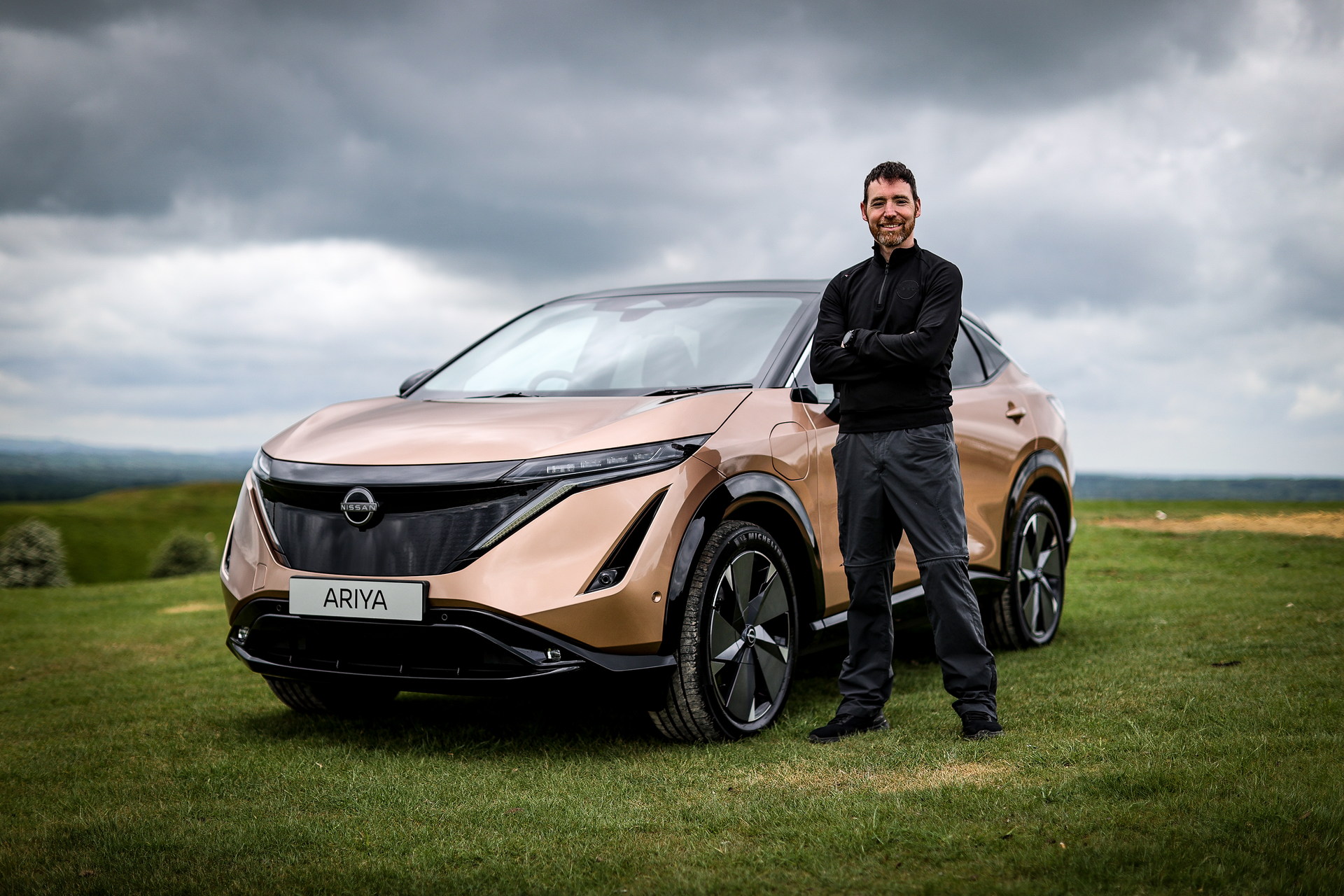 Chris Ramsey has been involved in adventures in EVs for over a decade. In 2015, he drove 1,625 miles from John O’Groats to Lands End and back on the Nissan Leaf, and in 2017, he and his wife drove 16,000 miles (9,942 miles) in their car. Nissan Leafbecoming the first team to complete the Mongolian rally at EV.

Speaking about the Pole to Pole adventure, Chris Ramsey said: “Our mission is to show that electric vehicles can overcome the harshest conditions – from the February cold at the poles to the hot and humid jungles of South America – and illustrate that they delight in driving, meeting the daily demands of drivers around the world. It is fantastic to see such an important and innovative global brand partner in our expedition. ”