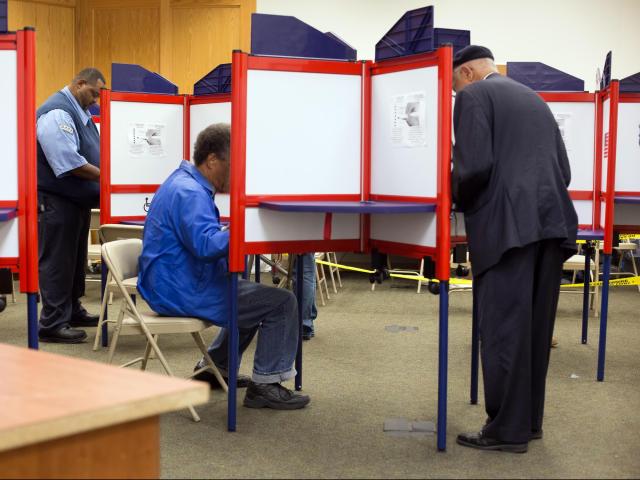 Raleigh, North Carolina — A group of registered independent voters in North Carolina sued the state Tuesday over requirements for those appointed to serve on the State Board of Elections.

The complaint seeks to quash a state mandate which limits council membership to registered Democrats and Republicans.

Common Cause North Carolina, an election and voter advocacy organization, nominates federal lawsuit on behalf of four registered independent voters. They argue that the existing law is unconstitutional because it excludes the largest electoral bloc from a five-member board charged with conducting statewide elections.

Bob Phillips, the group’s executive director, said in a press release that the current system forces independents to join one of the two major political parties.

“North Carolina women should not be forced to join a political party to serve the community,” Phillips said in a statement. “Banning independent voters, who are the largest group of voters in North Carolina, from serving on the State Board of Elections is grossly unfair and patently discriminatory.”

The lawsuit names House Speaker Tim Moore and Senate Majority Leader Phil Berger. Berger did not immediately respond to a request for comment. Pat Gannon, a spokesman for the State Board of Elections, said the board will review the lawsuit.

Nearly 2.6 million independent voters were registered in North Carolina as of Saturday, according to NCSBE. The cohort represents the majority of the North Carolina electorate. The state has about 2.5 million registered Democrats and 2.2 million Republicans.

Seth Ephron of Beaufort County is among the voters. Ephron is the opinion editor for Capitol Broadcasting Co., parent company of WRAL-TV. Efron operates separately from WRAL News. The other three voters suing the state include Elizabeth Marion Smith of Wake County, James Horton of Mecklenburg County and Tyler Christopher Day of Guilford County.

Neil Inman, Moore’s chief of staff, would not comment on the merits of the complaint, but questioned WRAL’s authority to cover the case because a Capitol Broadcasting employee is a plaintiff.

Joel Davis, vice president and general manager of WRAL-TV and FOX 50, said in a statement: “To reiterate, the ‘CBC Opinion’ digital column and page is not part of WRAL News and operates independently of WRAL News. Capitol Broadcasting Co. is the parent company of WRAL-TV, with divisions and interests in the Triangle and North Carolina. These companies and their employees do not influence WRAL News’ editorial content or political coverage. This distinction is very important to our users and viewers. WRAL’s news team is made up of respected and accomplished journalists who take very seriously their responsibility to serve the community without bias or favor.”

The complaint alleges that the North Carolina law violates their rights to free speech and association under the First Amendment to the US Constitution and their right to equal protection under the 14th Amendment.

“The right to vote is a fundamental right and includes the right to participate fully in all aspects of elections,” the lawsuit said.

In 2018, North Carolina lawmakers amended the state law. The revision required the governor to appoint a selectman who is not a member of the council. In the same year, the law was repealed. Revoking the permit disenfranchised unaffiliated voters.

Under the current system, state party leaders give the governor a list of potential candidates to choose from. Only three members can be from the same political party as the governor. NCSBE today includes three Democrats and two Republicans.

“The state law barring plaintiffs and all other unaffiliated voters from serving on the State Board serves no public or legitimate purpose, but is instead a means of entrenching the Democratic and Republican political parties in power and giving them exclusive control over the oversight, management, and administration of electoral system,” the complaint states.