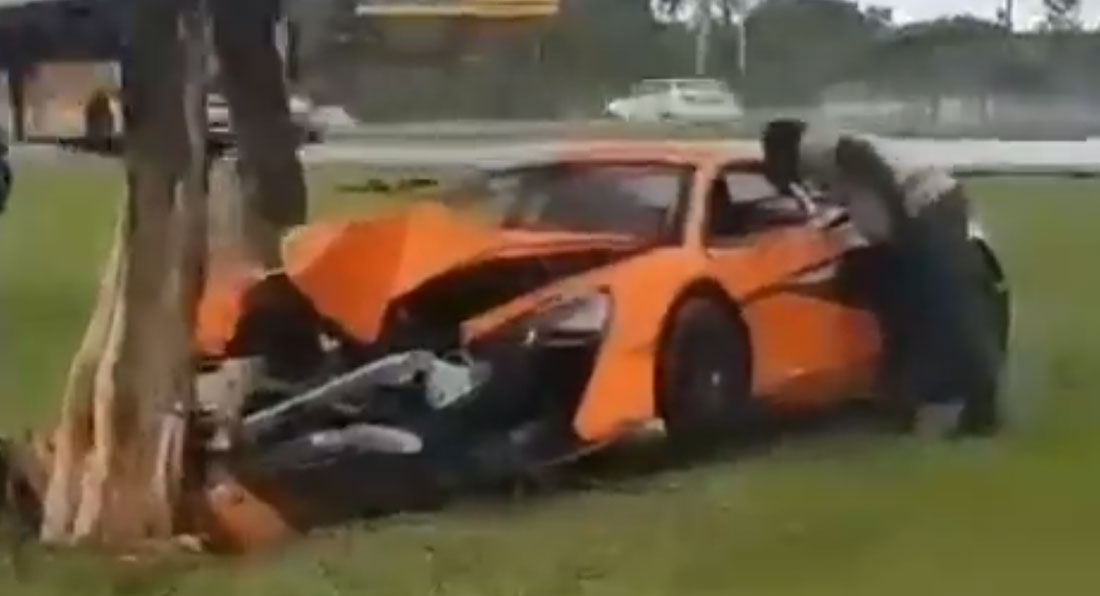 Orange McLaren 600LT was badly damaged after an accident in the Brazilian capital Brasilia.

Details of the incident are limited, but a number of images and videos have appeared on the Internet showing the consequences of the incident. The damage done to the British supercar means it is likely to head straight for the landfill.

Based on these videos, it turns out that the driver of the powerful McLaren lost control while driving on a wet road. They then seemed to have moved over a high curb on the side of the road and then skidded through the grass and crashed into a tree.

The force of the blow caused significant damage 600 LT. We see that the bumper and carbon fiber splitter have been completely destroyed and the hood is severely bent. It also shattered the windshield, and it appears that the front structure of the crash was largely destroyed by the impact. The chassis of the car also received some damage.