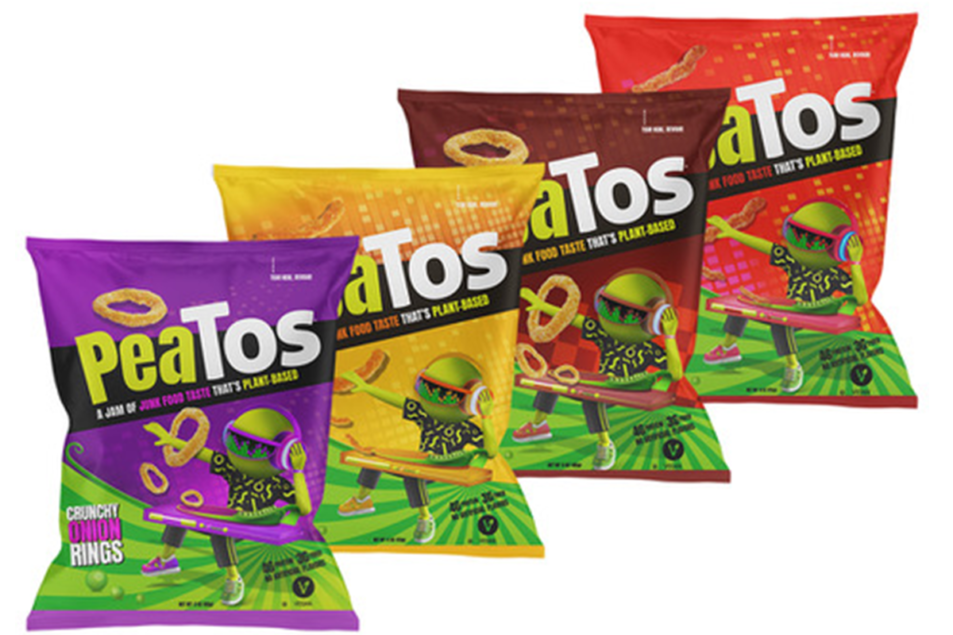 LOS ANGELES – Peatos, a brand of snack made from peas, is now entirely plant-based. The parent company Snack It Forward plans to present the reformulated line at the Natural Products Expo West, which will be held March 8-12 in Anaheim, California.

Peatos, created to disrupt the $ 29 billion junk food market dominated by PepsiCo Inc.’s Frito-Lay, has introduced a number of Cheetos, Funyuns and Doritos-inspired snacks over the past three years, using peas and lentils instead. corn. to supply more protein and fiber with less fat and fewer calories. Products sold as “junk food without garbage” are sold in more than 4,700 retail stores nationwide, including Kroger, Safeway, Albertsons, 7-Eleven and Costco.

“The vegans liked it so much that they asked us to make all our flavors 100% vegetable – and we heard them loud and clear,” Mr Desai said. “Most vegan snacks look like cardboard, but Pitas has put the brightest minds to work, and we’ve handled it.”

“Giving our consumers what they asked for and being able to make a 100% vegetable snack without compromising taste – it will change the game for Peatos,” Mr Desai said. “Frito-Lay’s offerings, including Cheetos and Funyuns, contain dairy products along with artificial additives and ingredients. Peatos has modernized these classic American snacks and promises a true yellow cheddar cheese that licks your fingers, is tastier than Cheetos and contains no dairy. ”