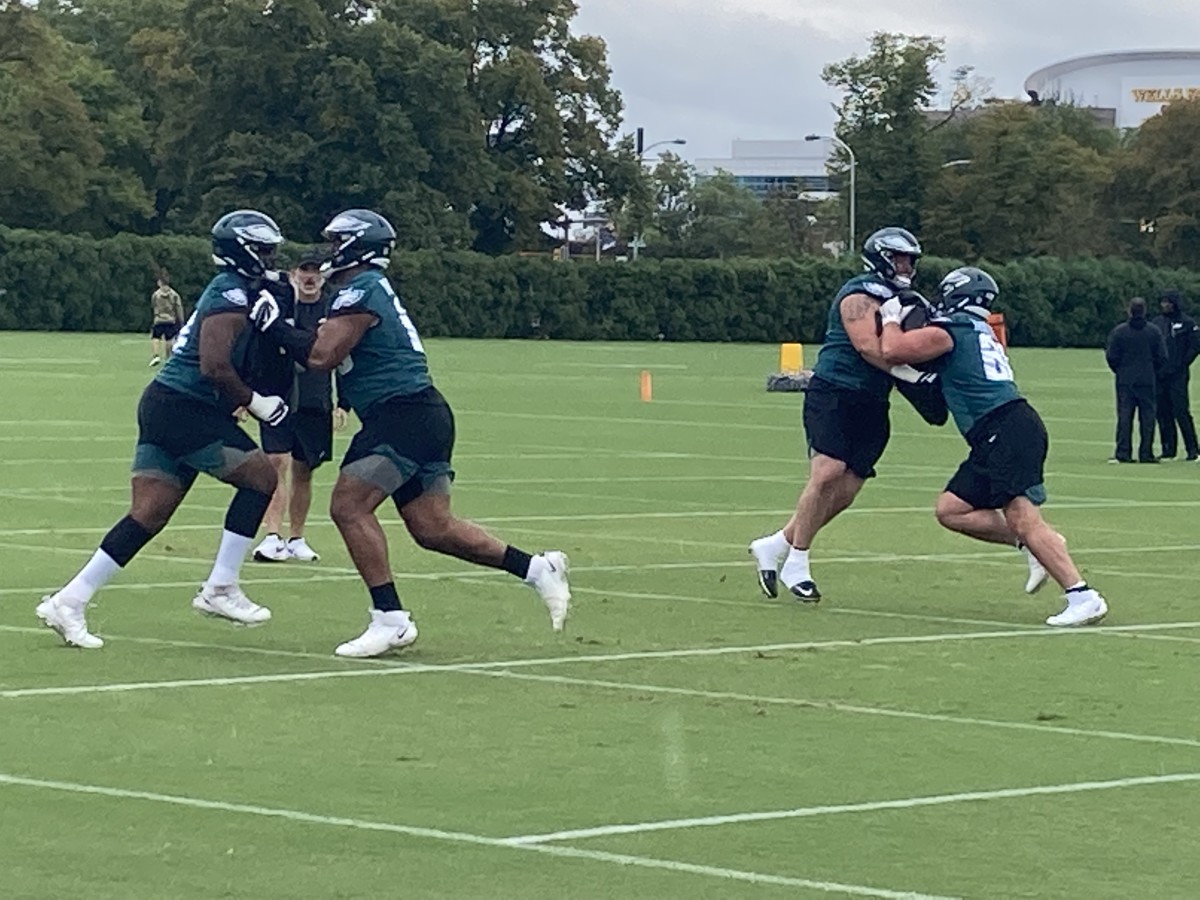 PHILADELPHIA – Jake Elliott was on the ground.

He never saw punter and receiver Arin Sipos, aka The Flash, escape and make a potentially life-saving tackle after Elliott’s field goal attempt late in the third quarter was deflected by the Vikings’ Patrick Peterson.

“I didn’t have much of a look,” Elliott said in the Eagles locker room Thursday. “I saw it on tape after the game.”

Elliott tried to kick Chris Boyd, who scooped up the block and headed for the momentum-changing touchdown in the Eagles’ 24-7 victory Monday night.

Sipos said the swing attempt, which forced Boyd to do what Sipos called a “toe tap,” could have given him the extra half-second he needed to rush the Minnesota cornerback after he bounced 27 yards vs. 30 in Philly.

“It was an unexpected thing,” Sipos said. “The adrenaline kicks in when you have to go play and it worked out.”

It’s one thing for a player to run around a cornerback, it’s another to find the ball after it’s blocked.

Sipos said he saw Boyd running hard nearby and realized “there was something there.” That something was bouncy football.

Siposs rose from his holder and took off.

“We had to go to make something happen, and luckily we did,” he said.

Special teams coordinator Michael Clay was not on the phone Thursday to explain how the punt was blocked on the first play.

Siposs gave his version of what happened.

“We looked at it a few times and our work was pretty solid,” he said. “He just came out and had a great game. The 12-year veteran was just trying out his time, he’s been doing it for a long time.

“We had three or four field goals/PATs before that, he was probably getting an idea of ​​what we were doing and at that point he made a really good jump and made the play.

“He was a veteran who made a good move and sometimes, unfortunately, you can’t do anything about it.”

Granted, it’s only been two weeks, but there isn’t a better offense in the NFL right now than the Eagles. They are ranked No. 1, with the shooting game ranking top and passing second.

Offensive coordinator Shane Steichen was asked about it Thursday.

“The most important message is consistency,” he said. “We must remain consistent in this matter. We have a lot of football ahead of us.”

He then moved on to the importance of Sunday’s game against the NFC East Washington Commanders.

“A division rival again,” Steichen said. “(If) you want to win, you have to win the division. We know how important divisional games are. It’s all about consistency week in and week out and we have to take that approach every day.”

An interception by Avonte Maddox on the third play after a fumble recovery by Sipos led to a fumble.

“I don’t know how tall I was, but I was pretty tall,” he said at his locker Thursday. “I had to put high points in football, and it’s pretty high…Adrenaline makes you jump higher, run faster.”

A BLAST FROM THE PAST

The Eagles posted back-to-back games with more than 450 yards.

The last time they had back-to-back weeks was in 2017 in the NFC Championship Game, when the Vikings and Super Bowl LII won over the Patriots.

After two games, tight end Dallas Goedert is tied for fourth in yards after a catch with 103. He trails Austin Ekeler (116), Jaylen Waddle and Tyreek Hill (104 each).

Goedert ranks first among all tight ends in yards per catch at 17.8.

Maddox (back) and Ques Watkins (illness) were also limited.

Ed Krach is the publisher of SI.com’s Fan Nation Eagles Today and co-host of the Eagles Unfiltered podcast. Check out the latest Eagles news at www.SI.com/NFL/Eagles or www.eaglesmaven.com and please follow him on Twitter: @kracze.

PHILADELPHIA EAGLES BACKNOTE: Flash and Legswing save the day