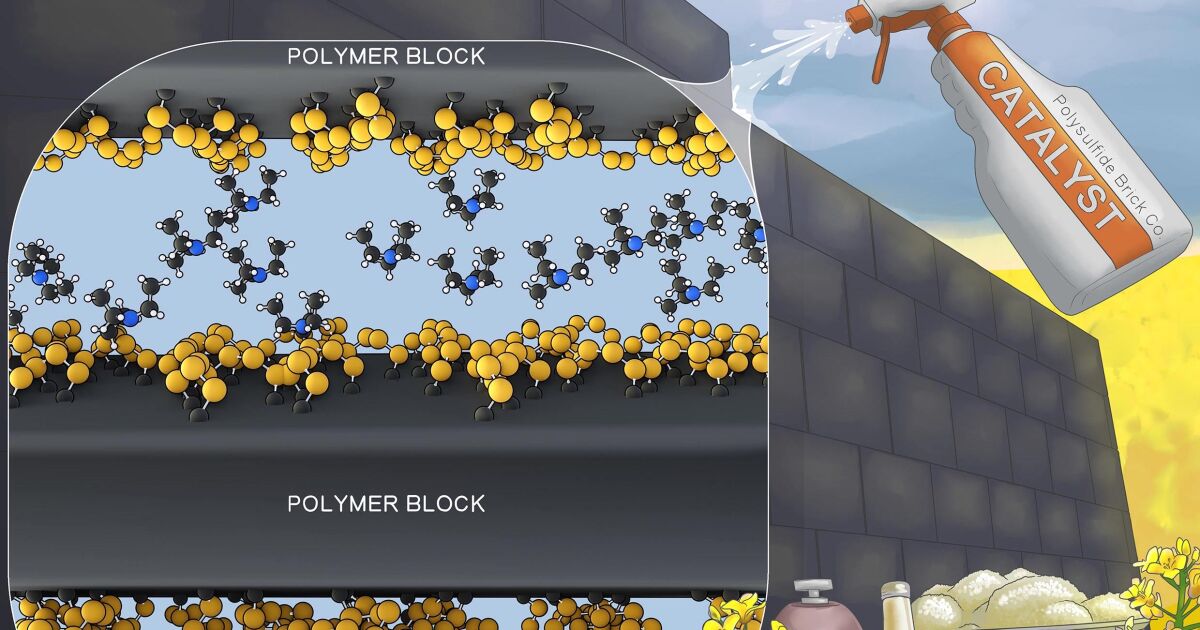 Construction is one of the largest sources of greenhouse gas emissions, so finding new materials and methods is a critical goal. Researchers at Flinders University have now developed a new type of polymer made from industrial waste that can be formed into interlocking building bricks without the need for mortar.

Concrete is an extremely versatile material, but cement production alone is responsible for just as much 8% of all carbon dioxide emissions caused by man. This huge footprint can be reduced by finding ways to incorporate waste such as wood or old tires into the mixture using various binding materialsor develop alternative materials entirely.

A new study explores one such alternative. The team had previously developed polymers made mostly from sulfur left over from industrial processes that could be used to trap heavy metal pollution or make more sustainable fertilizers. These polymers are now being used as more environmentally friendly building blocks.

The polymer is made by mixing sulfur with various ratios of canola oil and dicyclopentadiene (DCPD). Sulfur and DCPD are petroleum refining byproducts that currently go to waste, while rapeseed oil can be obtained from kitchen waste. The polymer is heated, molded and cured into a brick, the whole process using much less energy than cement production.

But what’s really impressive is how these bricks stick together, essentially acting as their own mortar without the need for another adhesive. In tests, glued bricks resisted shear forces better than superglue.

“The amine catalyst is sprayed onto the surface,” Professor Justin Chalker, corresponding author of the study, told New Atlas. “The catalyst causes the SS (sulfur-sulfur) bonds in the brick to rearrange and bond the two bricks together. The catalyst only has to initiate the reaction, and it evaporates from the brick after it has been bonded.’

The team says the bricks are also lightweight and resistant to water, acid and other weather conditions, even more so than conventional bricks and concrete. In other tests, the researchers added carbon fiber to the polymer and found that the resulting bricks were nearly 16 times stronger.

While further development is required, the Flinders team is working with Clean Earth Technologies to work on scaling up the polymer brick for possible commercialization.

The study was published in the journal High molecular chemistry and physics.

Polymer bricks from industrial waste are connected without mortar