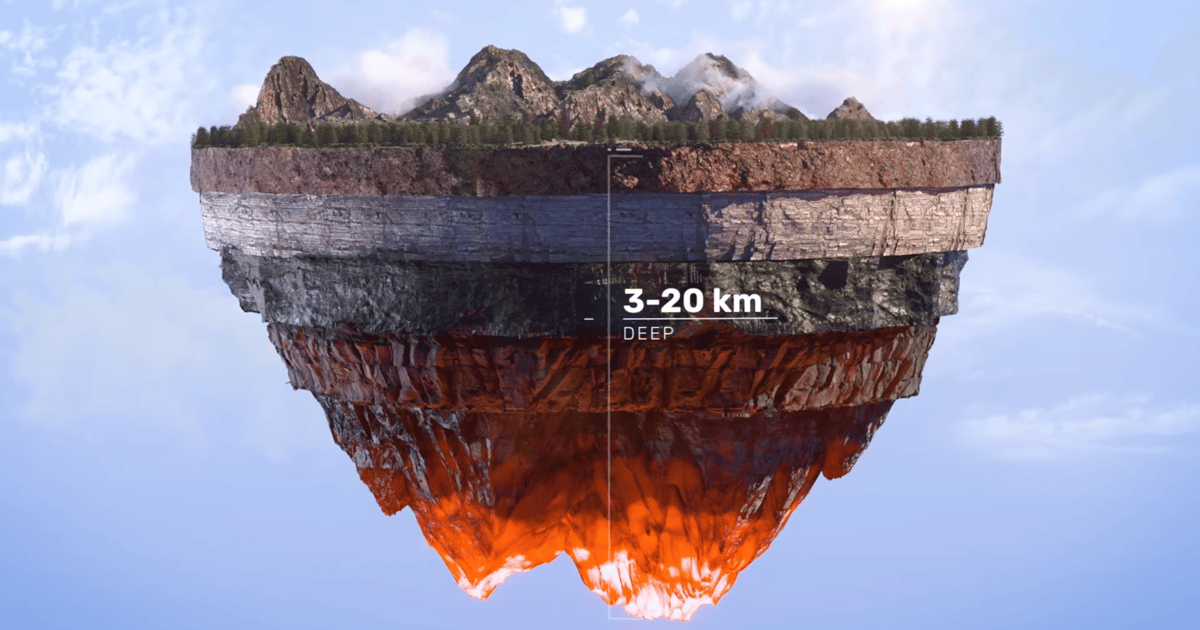 Quaise’s ultra-deep geothermal power The plan is one of the most exciting and exciting green energy projects we have seen. In short, this additional project from the Massachusetts Institute of Technology in Boston claims to have redesigned powerful millimeter-wave technology – originally designed to overheat plasma in fusion experiments – to break through previously undisturbed rocks.

The company claims that this will allow it to drill a well much deeper than was previously possible, and going down far enough to access a rock temperature of around 500 ° C (932 ° F). This is far beyond the moment when water is heated to a “supercritical” state, which radically increases the efficiency of geothermal energy production.

The end result: massive, virtually inexhaustible geothermal energy resources will be available virtually anywhere on the planet. More or less any existing fossil fuel power plant to generate steam and start turbines can be connected to a fully reliable 24-hour green energy source that will keep these turbines spinning without emitting CO2, and without the alarming interruptions of other renewables. sources such as wind and solar energy.

It will also be surprisingly fast. The deepest well mankind has ever drilled to date took nearly 20 years to reach a depth of 12,289 m (40,318 feet), but Quaise says its hybrid drilling rig – using a traditional rotary bit to drill through light things, and energy with a gyrotron. beam for melting, breaking and evaporating solid material – it only takes 100 days to deliver you a hole 20 km (12.4 miles) deep. Three with a few months will give you a long-term supply of green energy in a stable well sent by vitreous molten rock wherever you want.

The details and story are fascinating and I highly recommend you read on our original story to learn much more. But, as in any radically destructive idea like this, inquisitive minds will have questions. We feel we can always count on New atlas comment section for interesting points of view and expert opinion and we can also count on our Facebook commentators to showcase jokes with little effort, funny emoticons on COVID and climate change, and a steady stream of evidence that anything beyond the headline can be read as likely as a page with conditions. The duality of man, eh?

So we collected the best – and some of the worst – questions from both of these sources and passed them on to Quaise CEO and co-founder Carlos Arac, who was very kind to contact us. His slightly edited answers are reproduced below.

Can an earthquake cut a well and shut down a power plant?
Hardly. Earthquakes rarely disrupt oil and gas wells. They are similar, but 3-5 times deeper.

How long can we expect these ultra-deep shafts to last?
50-100 years.

Does the rock not flow at the temperatures and pressures expected at these depths?
Rock doesn’t do that until you get to the mantle, which is much deeper than what we do.

Will the flow of supercritical water provide enough pressure to keep the barrel barrel open?
It helps; Double-glazed wells are a by-product of the drilling process, and the rock is very competent at these depths, which also helps.

Is it possible for water to get into the well in the process of directed energy?
It is possible, but the rock at these depths is very impenetrable, and the flow rate would be low; any water that enters the well evaporates instantly.

Can this water overheat with a mm beam wave, causing high pressure steam to damage the equipment?
It will overheat, but there is nothing to damage. The only well equipment is a pipe.

Is it possible that drilling at this depth could release magma, actually creating an artificial volcano? As one commenter said, “Let’s see what happens if you select the biggest swell in our solar system.”
This cannot happen. Any magma that gets into such a small hole will freeze in the first few meters. People have done this several times, and that’s exactly what’s happening.

If this solution is deployed on a large scale, could the heat released from below the surface contribute to global warming?
The earth already lets 40 TW inside, whether we exist or not. Humanity uses 20 TW, so no.

Is it possible to economically adapt this idea to smaller 1-2 km (0.6-1.2 miles) pits just to provide warm water for hydraulic heating and other purposes?
Of course, we also intend to do so. It’s not just about 20 miles; there are many valuables that can be unlocked, starting with 100-meter pits.

Is it likely that such deep drilling could lead to seismic events similar to those observed during formation rupture?
Drilling and plastics are different processes. Drilling does not cause seismicity.

Can a millimeter wave ignite a pocket of natural gas if it collides with it on the way down?
The gas is found in sedimentary rocks. We drill sedimentary rock by conventional technologies.

Can the extraction of heat from the Earth’s core cause excessive global cooling, disrupt the convective currents of the core, or affect the magnetic field?
See comment up to 40 TW above.

Can supercritically heated water be very aggressive to overhead equipment?
Yes, but many supercritical power plants are used today. Materials exist to handle this.

Could you just drill towards the volcano instead?
Yes, but most people don’t live nearby. It is a solution that can work for 95 percent of humanity.

Wasn’t the planet Krypton destroyed?
No, an explosion destroyed by Krypton.

You guys don’t watch disaster movies?
We love them! That’s why we need to do it: to avoid disaster.

Can it free the lizards that inhabit the inner realm?
How do we know they haven’t used this technology yet and are already among us?

Will you be renting megawatt energy weapons between projects? One user wants to leave it in the car when people cut it off on the freeway.
no

Will it wake Kaiju?
no

We thank Carlos Arak and Quaise for taking the time to respond.