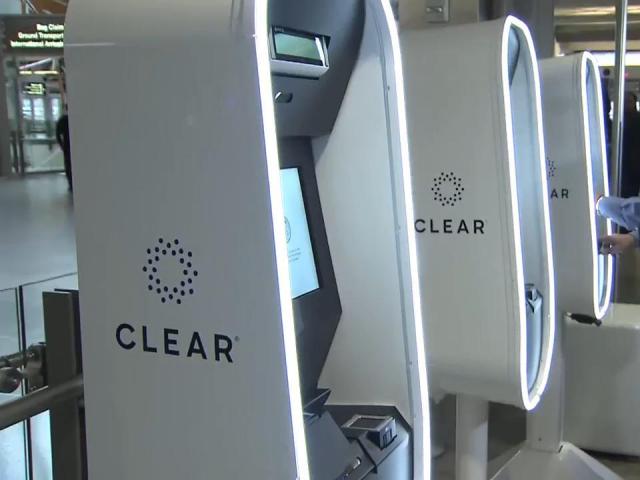 The RDU will install CLEAR lanes where travelers will be able to verify their identity with a retina scan or fingerprint. This technology replaces the need to show a driver’s license or other identification.

CLEAR Executive Vice President of Operations Kasra Moshkani said RDU is the 50th airport to use the technology.

“As a CLEAR member, as a traveler, you use one of our special lanes instead of pulling out your ID…. [of] your wallet,” Moshkani said. – You actually use your eyes and fingers to assert your identity and show that you are you.

However, this should not be mistaken for TSA PreCheck, as people using CLEAR are still required to go through a full security screening. However, members will be escorted from the CLEAR kiosk straight to security, avoiding the line that leads to the checkpoint.

“RDU is proud to partner with CLEAR to give travelers another option to expedite the security screening process,” said Michael Landgut, president and CEO of the Raleigh-Durham Airport Authority. “RDU’s commitment to leveraging technology to provide our guests with a world-class experience makes CLEAR an excellent fit.”

“The development we are announcing [Wednesday] will speed up and streamline the checkpoint security process,” Feldman said.

“Transparency and security are really at the heart of what CLEAR does,” Moshkani said. “Everything is possible with CLEAR. So, as a member, you know exactly what information is being collected, you know how it’s being used, and you know it will never be sold.”

Moshkani said members also have the ability to delete their data, data privacy and date protection.

RDU passenger Andrew Williams signed up for CLEAR. He said he flies about once a month. He returned home from a trip to Birmingham on Wednesday.

“I flew in on Monday and saw the cars and it caught my attention because I have a credit card that gives me credit for CLEAR and I thought, ‘I have no use for this until it’s at RDU,'” that was surprising [me]and [I’m] grateful to see it’s here,” Williams said.

Williams said he has no safety concerns.

“I’ve heard a lot of things recently about Madison Square Garden using facial recognition technology without people’s permission, so I think those devices and systems are already there,” Williams said. “And if I’m going to feed it into the system and have my data in it, at least I know it’s accurate.”

“I’ve noticed the lines grow over time, so it’s nice to have that,” Williams said.

The launch of CLEAR at RDU is expected to create 44 jobs and generate approximately $2.6 million in local economic activity annually.