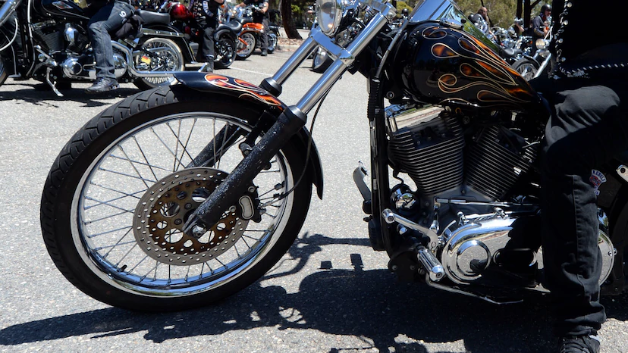 Participants waved Russian flags and described Russia’s decision to invade its much smaller neighbor as a legitimate “battle for liberation.” [Ukraine’s] enslaved people ”.

“Russia is not at war with Ukraine, it is at war with the dark Euro-Atlantic forces that want to rule the world and destroy it,” said Zdravka Mochevich, one of more than 100 people – mostly men – who joined the action.

Pro-Russian protests are among the few in Europe since Moscow’s February 24 invasion of Ukraine.

Thousands of people marched in large-scale demonstrations in support of the Kremlin on March 4 in the Serbian capital, Belgrade, with posters with the letter Z – now synonymous with invasion – and Russian and Serbian nationalist flags.

The rally in Banja Luka was organized by Bosnian Serbs, members of the Night Wolves, a local branch of the Russian Motorcycle Club, which strongly supports President Vladimir Putin.

Putin has repeatedly called the group “friends” and appeared at their rallies on a Harley-Davidson motorcycle. “Night Wolves” took part in the occupation of Crimea in 2014 and the fighting in the Donbass.

Representatives of several local organizations, including the Serbian-Russian Bridge and the Serbian People’s Movement “It’s Our Choice”, spoke at the event in Banja Luka.

Bosnian Serb leader and separatist Milorad Dodik, who recently received US sanctions for alleged corruption, is considered a Kremlin favorite in the region.

Dodik also maintains close ties with the local branch of the Night Wolves.

The deal was the result of the 1995 Dayton Peace Accords, effectively ending the 1992-1995 war between the three sides, which killed more than 100,000 people and expelled millions.

Dodik, whose SNSD party is fighting to remain popular in the run-up to the autumn general election, is now a Serbian member of the country’s tripartite president.

Read the rest of the article