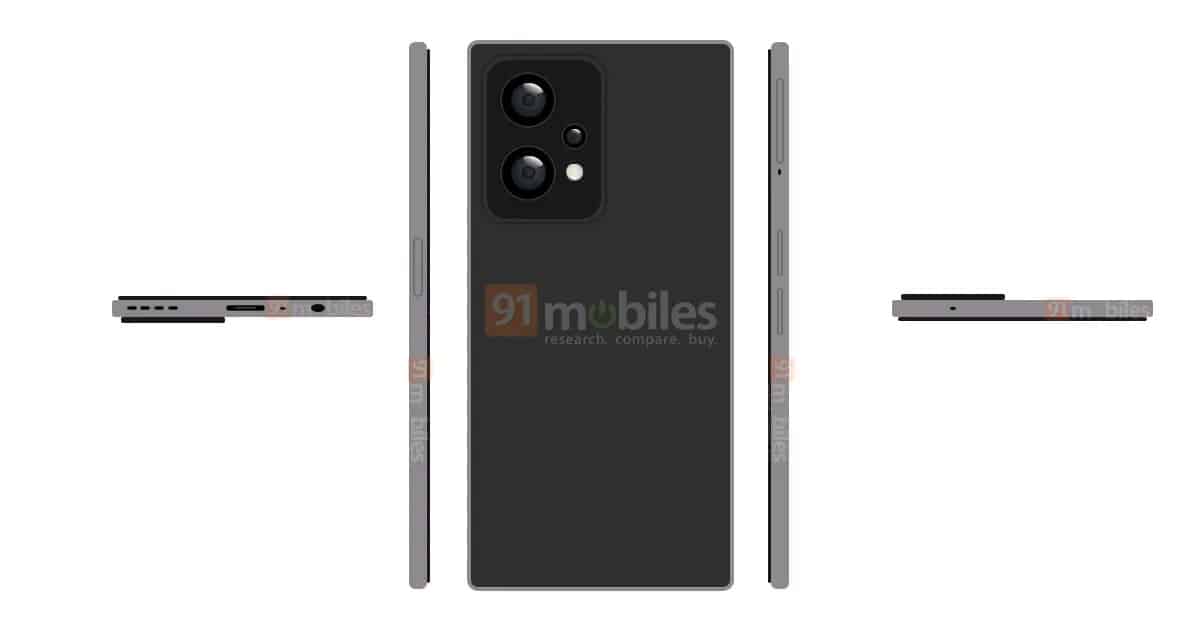 The OnePlus The Nord CE 2 Lite has just appeared in the visualization, and these images paint a different picture than the sketch we got some time ago. This sketch appeared last month, for those of you who don’t remember.

Schematic visualizations of the OnePlus Nord CE 2 Lite are available

Now these images suggest that it will be a more square phone than the proposed sketch. However, the rear camera setting seems to match the previous image.

The glass will be on the back of the phone and the alert slider will not be turned on. The Type-C port will be located at the bottom of the phone, as well as an audio jack and speaker grille.

This device really does look pretty weird, to be honest, and a bit schematic. The display, which protrudes from the back, at an angle of 90 degrees – it’s amazing, while the phone as a whole seems too thin.

The source notes that the final product “will look a little different.” Well, it will definitely be, because it seems unrealistic.

It is expected that the device will have a 6.58-inch FullHD + display with a refresh rate of 120 Hz. It is also expected to supply 8 GB of RAM and 128 GB of internal memory. A 64-megapixel main camera as well as a 2-megapixel macro and a 2-megapixel monochrome camera can be included.

Previous rumors also mentioned a 5,000 mAh battery, and the same goes for a 33-watt fast wired charge. This device is expected to arrive soon.