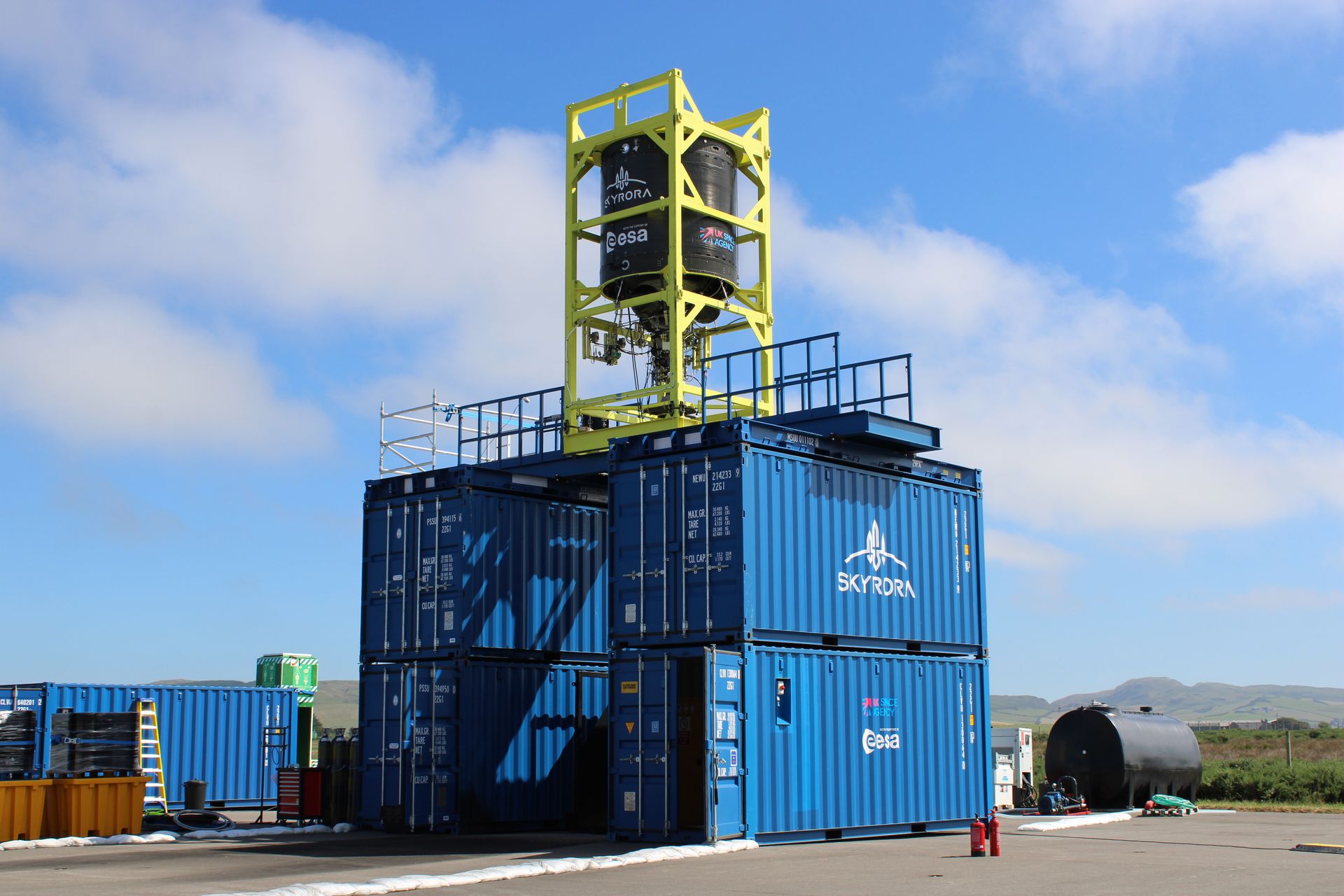 Skyrora has successfully completed a second-stage orbital rocket engine test at Mahrihanish Air Base, bringing the Scottish rocket company closer to its target of a launch from British soil in 2023.

During a 20-second static fire test at a former RAF air base, the XL Skyrora orbital rocket achieved the expected thrust for launch into orbit.

“The static fire test looks, sounds and feels like a rocket launch, but without the pull-off. This extremely successful test was the ultimate demonstration of our mobility and flexibility,” said Lee Rosen, who was recently appointed Chief Operating Officer of Skyrora after Elon Musk’s transition from SpaceX.

Edinburgh-based Skyrora’s second stage rocket engine was assembled from its newly opened rocket engine factory in Cumbernauld. It is part of the three-stage Skyrora XL launch vehicle and will be launched at an altitude of 62 to 190 km.

Construction of the first phase of Skyrora XL continues, tests will begin in the middle of next year.

Machrihanish Air Force Base previously served as a military base and was an emergency landing site during NASA’s space shuttle era. Founded in 2017, Skyrora develops and manufactures rockets for launching small satellites into orbit. It has raised $43m (£35.1m) in private capital and government grants, including a £2.5 million from the European Space Agency.

Vladimir Levykin, founder and CEO of Skyrora, said: “Skyrora now has purpose-built rocket production and test facilities in the UK, as well as the largest 3D printer of its kind, which we use to manufacture rocket engine components.

“We recognize the value that a strong domestic space industry will bring to the UK and will continue to drive these efforts to make the UK a player to be reckoned with globally.”

This year, Skyrora has accelerated its testing and operational plans. In May, it completed successful trials of its 3D-printed 70kN rocket engine at its test site in Gorebridge, Midlothian.

In June, he hired Rosen from the US company SpaceX, where he served as vice president of missions and launches.

Matt Archer, director of commercial spaceflight at the UK Space Agency, said: “It’s exciting to see Skirora to complete these static fire engine trials, building on the successful opening of the new manufacturing facility in Cumbernauld. As we move closer to the UK’s first commercial space launches, these achievements demonstrate our rapidly growing capabilities and expanding range of expertise that can make the UK a very attractive launch location in Europe.”