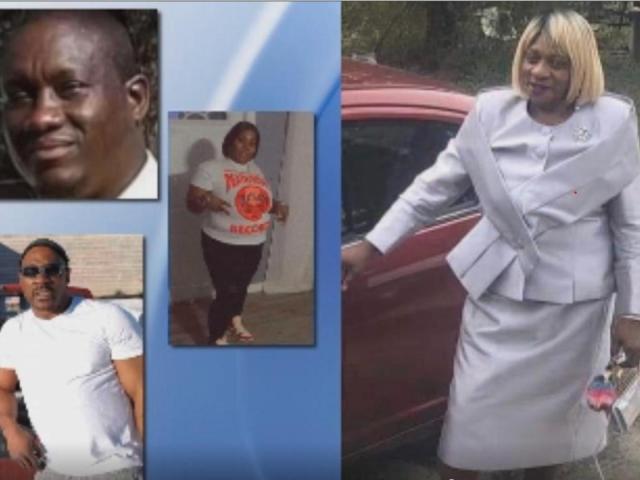 Four people were shot and three died in a shooting Tuesday afternoon.

James Beauregard, Sierra Ware and Donald Williams were killed in a shooting in Red Springs. A fourth shooting victim, Equila Biggs-Williams, is currently in the hospital.

Ware, sources said, was visiting Biggs-Williams when the shooting occurred.

For Deventis Robinson, who is Vera and Beauregard’s nephew, the news was heartbreaking.

“It wasn’t necessary,” Robinson said. “They should not have been taken from us like that.”

The shooting happened in the Red Springs neighborhood near the intersection of Samuel Drive and 8th Avenue.

Police said Cory Grant Leake of Red Springs fired a gun at the victims and took off running. Detectives found Leake 15 miles away in Maxton, where he was later arrested.

Sources told WRAL News that drugs were the motive for the shooting.

The Robeson County Sheriff’s Office is investigating. Homicide detectives, crime scene investigators and ATF agents are on the scene.

According to sources, Leek is connected to several victims. Leek is the nephew of Biggs-Williams, who was airlifted to hospital.

Sheriff Bernice Wilkins will hold a news conference at 10 a.m. Wednesday to discuss the fatal shooting.