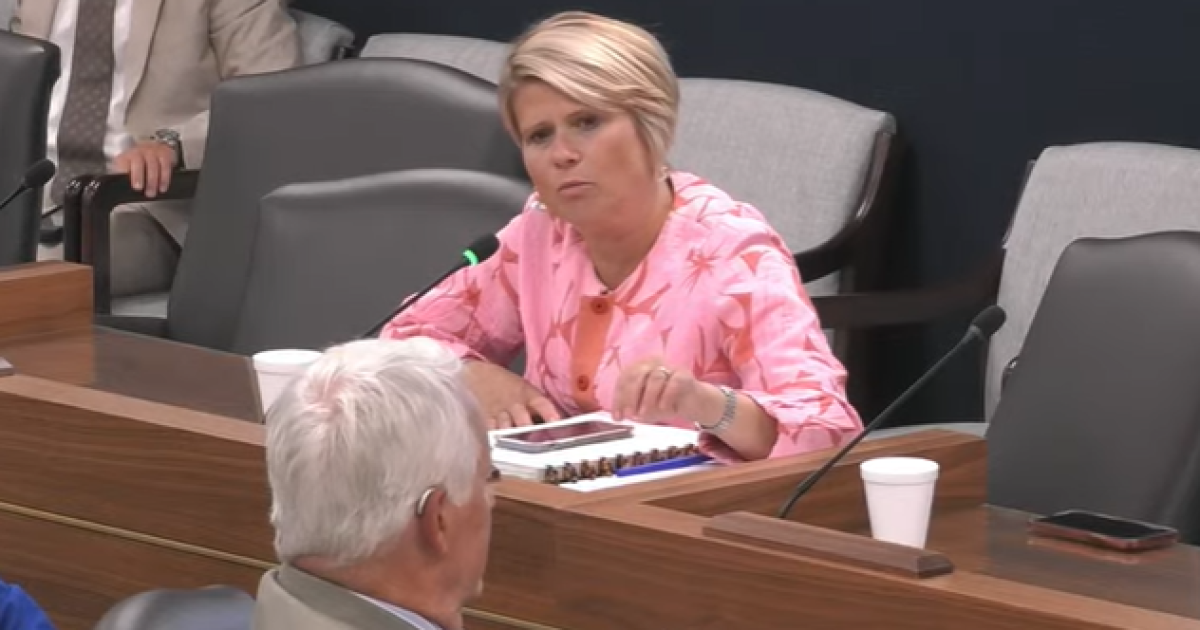 On Monday, state Superintendent Catherine Truitt presented North Carolina lawmakers with what appeared to be new evidence of a dramatic increase in reading. A few hours later, the state corrected the data.

Truitt and three of her staff members met Monday with House Select Committee on North Carolina’s Future Education System. It was about how the Department of Public Education plans to track the results of educational initiatives, working with partners such as Harvard University, North Carolina Cooperation and SAS analytics.

Truitt said the influx of about $6 billion in federal COVID-19 aid to schools has made the mission vital.

“More than ever, we need someone to take the lead at the state level on what works and what doesn’t work in education,” she said.

Truitt told lawmakers the state has invested more than $60 million, split roughly equally between state and federal money, in the science of learning to read for elementary teachers, known as LETRS. It’s the latest twist in the state’s Read To Achieve program, which has produced little measurable progress despite years of spending.

Truitt presented a slide that purportedly showed a sharp increase in end-of-year reading scores for kindergarteners and first-graders between 2019 and 2022.

“We are very excited to share with you for the first time that preliminary year-end data for kindergarteners and first graders show that North Carolina is moving faster than the rest of the country in early literacy recovery,” she said.

Neither Truitt nor the chart cited the source of the numbers. K-2 students do not take state reading tests. Government contracts with Strengthena national curriculum development and testing company to provide assessments for these students.

“I think you deserve a good thank you for that, but also, eat a piece of cake and let’s keep pushing, shall we?” Rep. John Torbett of Gaston County, the committee’s chairman, told Truitt.

“I’ll take it,” she answered, laughing.

The change was marked incorrectly

WFAE asked the Department of Public Instruction to provide the source of the data and explain any changes that may account for state and national disparities. Head of Communications Blair Rhodes initially said the 2019 data came from DPI and the preliminary 2022 data from Amplify.

She then said the chart was incorrect and would be corrected. The new chart says the numbers actually reflect changes between the start of the 2021-22 school year and the end of the year. In other words, 27% of North Carolina kindergartners started the school year reading at the expected level for kindergartners, and 67% achieved the mark by the end of the year, a 40-point increase.

That compares to a national gain of 24 points, which appears to include all kindergarteners taking the Amplify assessment.

There was nothing to say, how it compared with the achievements of previous years. In 2019, North Carolina switched providers, resulting in legal battles between Istation, which won the contract in 2019, and Amplify, which had it for six years before that. In 2020-2021, the state allowed districts to choose from a list of providers, and the pandemic disrupted testing.

It is also unclear how much LETRS training affected the 2022 results. Undergoing full training 160 hours are calculated over two years, and the first batch of districts started this process last fall. Some districts have not started LETRS training.

Rhodes said the final version of Amplify’s year-end and year-end test results will be released later this month after DPI reviews and checks them.