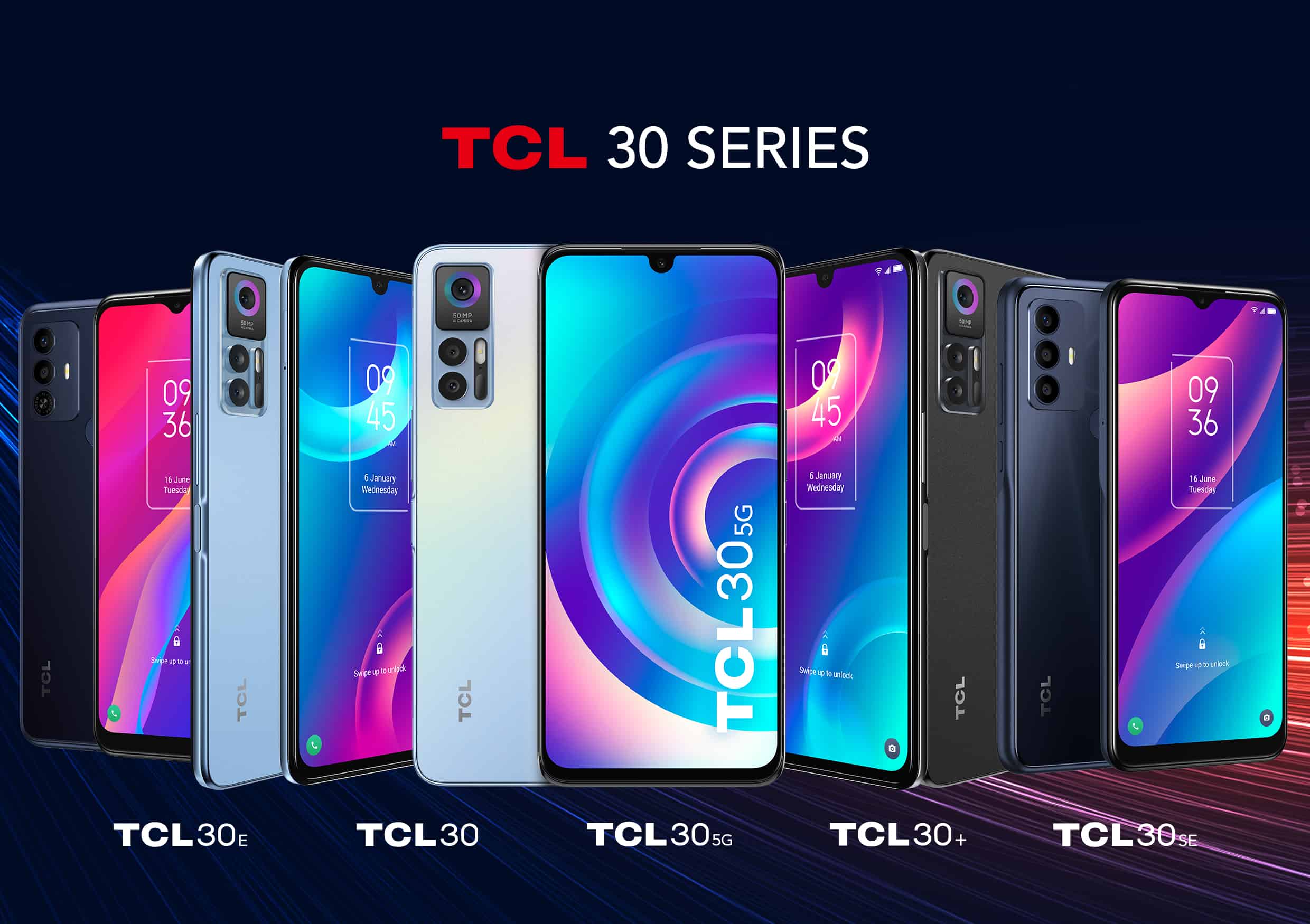 MWC, one of the biggest smartphone events of the year, is here, and TCL has some new and exciting devices for us. The company has just introduced it TCL 30 series mid-range smartphones, and they all have decent features and functions.

We know TCL as a company that makes amazing TVs, but the company also made a splash in the smartphone market some time ago. Although the company has several flagship phones, it also makes phones for the budget market.

TCL has just unveiled its new 30 series of smartphones, and they all occupy a similar place in the mid-range market. Whatever the market, TCL presents these phones as inexpensive with some premium features. Most of these features lie in the cameras.

All of these phones (except the TCL 30 E) have a triple camera with a 50 MP main camera as well as a 2 MP macro camera and a 2 MP depth sensor. The Model E has only a main camera and a depth sensor. In advertising, TCL boasts the extra sharpness of a 50MP lens (however, we don’t know if it will drop to a lower resolution), low brightness and AI features. If these cameras are good, they can become a selling point for these phones.

Don’t expect these phones to be high performance

All five of these models use MediaTek processors, and they are fairly average. Not only that, but you don’t get a lot of RAM or memory with these phones. All but the Model E will have 4GB of RAM. The TCL 30 E will have 3GB of RAM. All phones will come with 64GB of memory except TCL 30+ and TCL 30 SE. The Plus has 128GB, and the SE has both 64GB and 128GB.

Availability for these phones

If you want these phones but you live in the states, you will be disappointed. The TCL 30 series smartphones will only start in Europe. All models are available for purchase except TCL 30 5G and TCL 30 E; they will begin in April. All these phones cost less than 300 euros, so they definitely do not break the price.