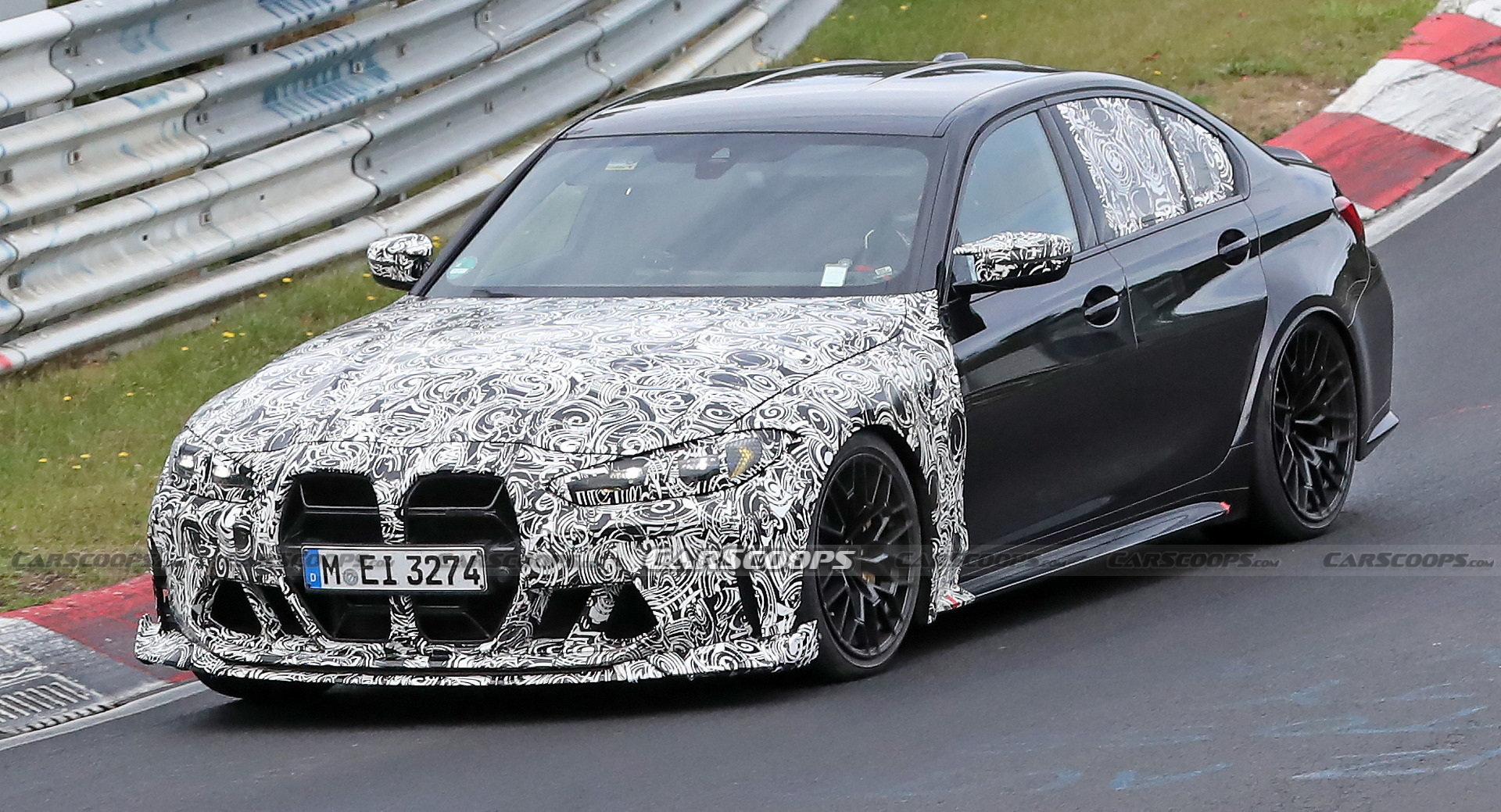 BMW is preparing the lightweight M3 CS as the M4 CSL’s four-door sibling, and our spy photographers were able to capture it on track. The main rival of the car, most likely, will be The newly introduced Mercedes-AMG C63 Sso this hot M3 will need a pretty special car to take it on.

In terms of styling, the upcoming M3 CS will get all the aesthetic upgrades M4 CSL received, which include a new front panel, a more aggressive body kit and a new design of wheel rims. There’s also the option of an integrated ducktail rear spoiler and new OLED taillights, but this particular test car doesn’t appear to have either.

As for what it is expected to deliver, the most likely candidate is an upgraded version ordinary M33.0-liter twin-turbo inline-six. In the M4 CSL, this engine delivers 543 hp. (550 hp / 411 kW) and 479 lb-ft (649 Nm) of torque to the rear wheels, and it will likely do the same in the M3 CS. Other things likely to carry over from the M4 CSL are upgraded chassis tuning, stronger brakes, lighter suspension components and stickier tires.

Read more: Check out the new bumper for the 2024 BMW M5 Hybrid towing a trailer. 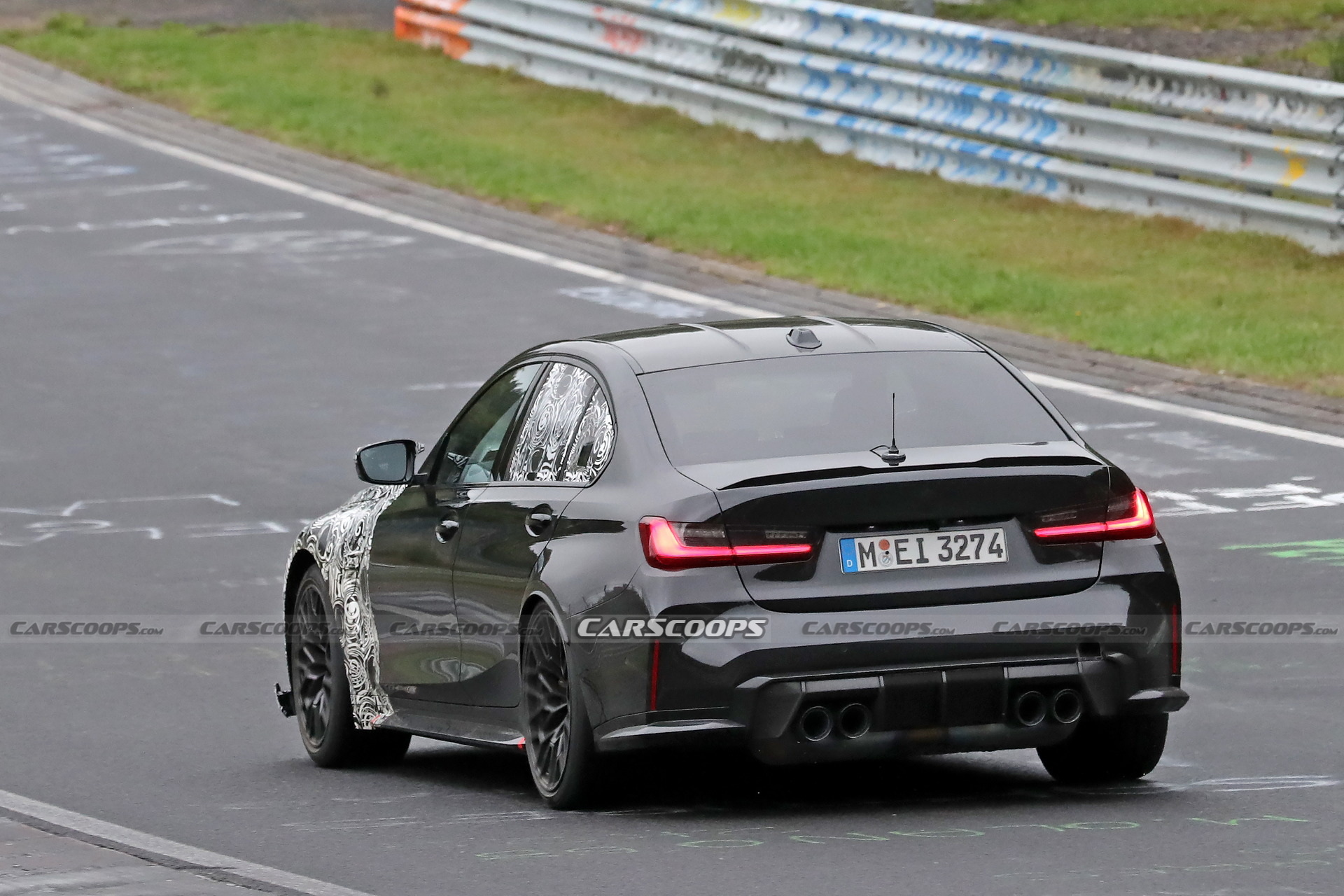 One thing the M3 CS probably won’t get from the M4 CSL is the removal of the rear seat, since it’s a sedan. That being said, it’s possible that we could see two individual seats in the back, as was done with M5 CS. There will almost certainly be other radical weight-cutting measures, namely in the form of carbon fiber replacements for the roof, hood, trunk lid and seats.

On the topic: BMW 3.0 CSL Hommage was demonstrated at the Nürburgring 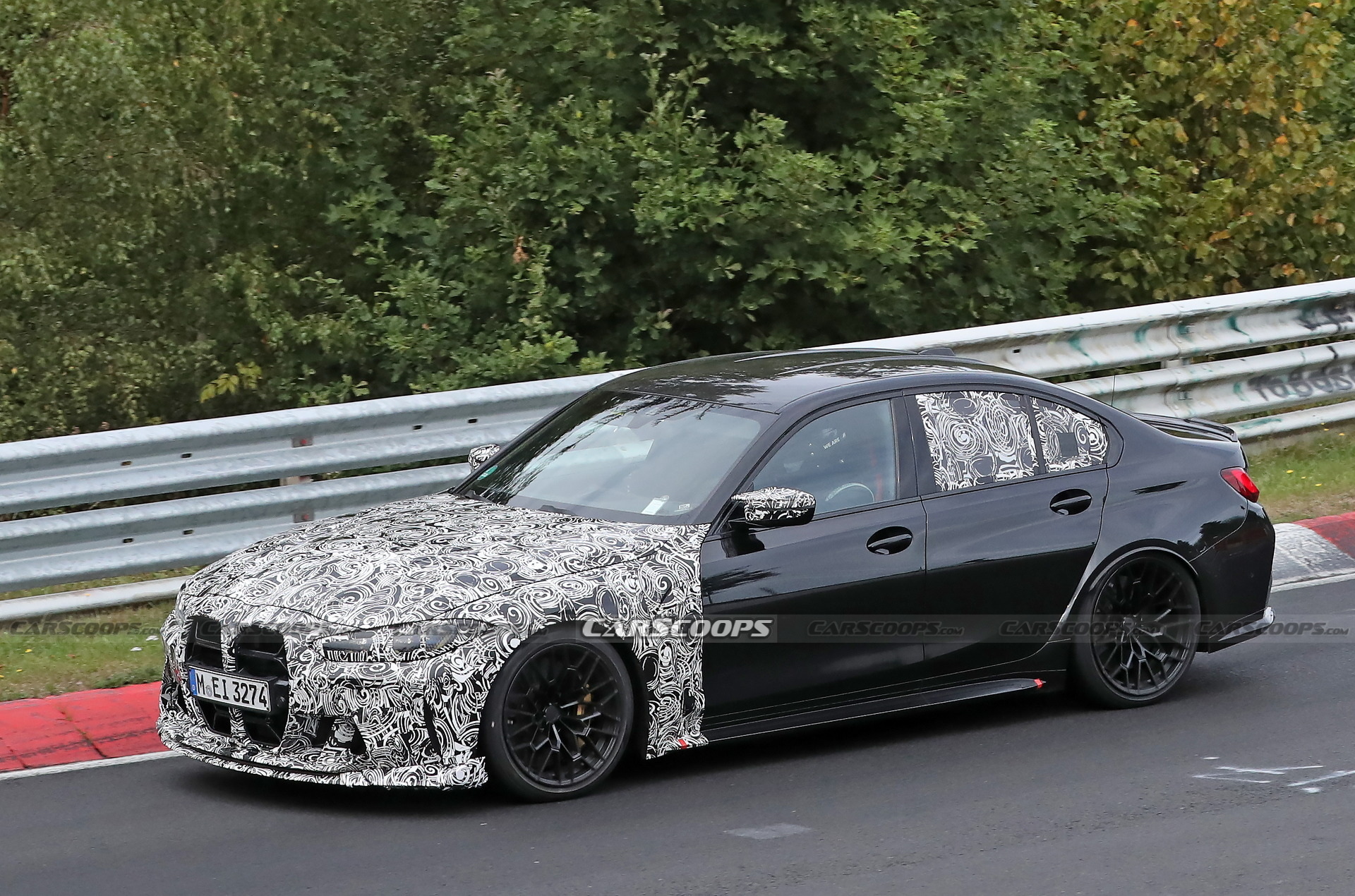