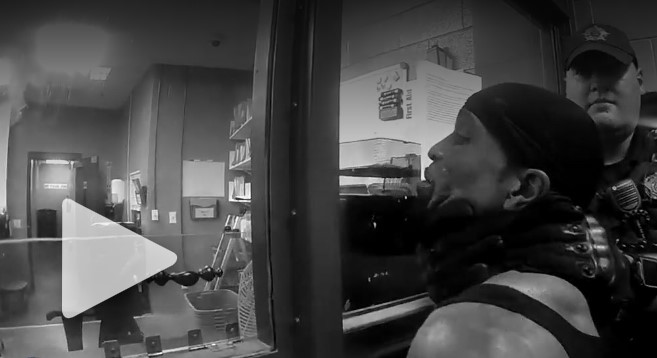 LAWRENCE, SC (WSPA) — Attorneys for the family of a man who died in custody in July 2021 have filed a wrongful death lawsuit against the Lawrence County Sheriff’s Office.

Jarvis Evans, 40 was taken into custody on the evening of July 29, 2021 and was charged with disorderly conduct and resisting arrest.

Evans had a history of mental illness, and attorneys said he was under the influence of drugs at the time of his arrest. Dispatch records show Evans called the sheriff’s office for help while hallucinating.

Within 30 minutes of being booked into the county jail, body camera footage showed deputies holding him by the neck, restraining him on the ground, strapping him to a chair, repeatedly stunning him while he was restrained and wheeling him into a holding cell.

Concerns Are Growing About ATV Riders Driving Illegally On North Carolina Streets: What Can Be Done To Address The Problem?

The attorneys said Evans was not given the medical care required by law. Evans was later found unresponsive in his cell and later died.

“No medical professionals checked on Jarvis that night. Do you know why? Because no deputy ever gave a damn,” said Evans family attorney Mark Pepper.

The lawsuit targets Sheriff Don Reynolds for his alleged role in the “negligent training, negligent supervision and negligent retention of his JDC arresting deputies that resulted in the wrongful death,” according to the attorneys.

“Lawrence County, we need to make sure my son is the last, the last person to die in our county jail due to lack of medical care and excessive use of force,” said Evans’ mother, Kathryn Cullen Evans.

Attorneys said Tuesday they plan to file a federal complaint against the deputies involved in Evans’ treatment at the facility.

(The body camera video was released by the Evans family’s attorney.)