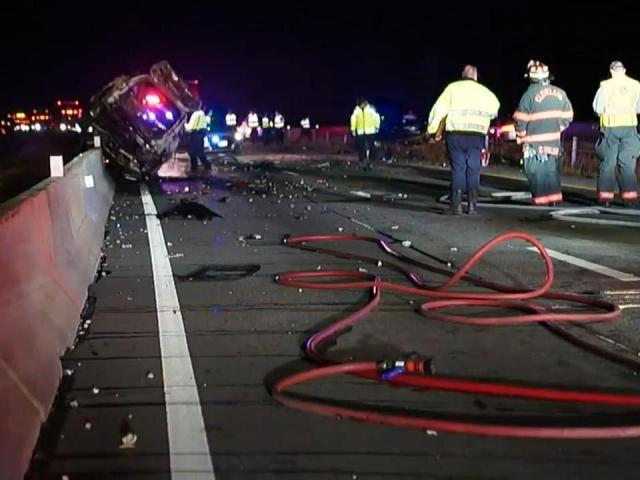 Benson, NC – Three people were killed in a fire crash on Highway 40 in Johnston County on Wednesday night.

The crash happened near Mile Marker 315 in Benson near Highway 42 NC, just before 10 p.m.

State road patrol officials said the driver of the Toyota Tundra was driving east on the west lane of I-40 when it crashed into another car. The Toyota Tundra rolled over the central median and ended up in the middle lane on the east lane.

According to the military, the driver of the Toyota Tundra died after being thrown out of the car.

According to the military, another car, a Dodge Durango, immediately caught fire and ended up at a barrier. As a result of the accident, two people died – a pregnant woman and a man. Detectives tried to save the couple, but due to the size of the flame to no avail.

Officials also tried to rescue the driver on the wrong road, but they were unsuccessful.

Police said the area where the accident took place was a construction area, so the driver had nowhere to go off the road to the driver who drove in the wrong direction.

An investigation is underway into the crash. It is supposed to be related to alcohol, but excessive speed will not be a factor.

At about 4 am the road was opened

A third car crashed into the wreckage as a result of the initial accident, and the driver never hit it.

Three killed in accident on I-40 in Benson, including pregnant woman :: WRAL.com

Source link Three killed in accident on I-40 in Benson, including pregnant woman :: WRAL.com