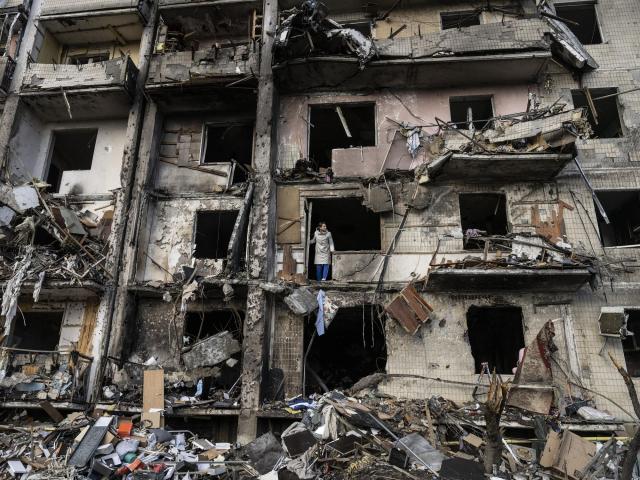 Chapel Hill, NC – The University of North Carolina at Chapel Hill with the participation of Kings College, Manchester University, Reed College and teachers of FU Berlin organized a conference in the style of Zoom called “Voices from Ukraine”.

Some of the speakers spoke from within the war-torn country.

“I’m talking from my apartment in Kiev now,” Brick said.

The sociologist said he was relatively safe, but he and his girlfriend were near the bomb shelter.

The two of them are volunteering to walk around the neighborhood, checking saboteurs.

“And although I’m in a relatively safe area, there are a lot of cities that aren’t,” Brick said.

He and other Ukrainian scientists brought this reality of war to a virtual conference. They expressed their expert opinions and expressed a personal desire to receive more assistance from Western countries.

“We have to win it,” Milovanov said.

He and other Ukrainian carriers want these countries to help introduce a “no-fly zone” in the country. Milovanov believes that the West is afraid of provoking Russia.

“How much more should Russia be provoked?” Said Milovanov. “They shot at the nuclear power plant today. They demonstrate and publicly (publicly) shoot for example, several people in some cities just in front of the crowd.

He said too often friendly countries offer help, but too little, too late.

Ukrainian security specialist Anna Bulach believes that they are only the first in the list of Russian facilities.

“Europe needs to understand that Ukraine is at war with Europe,” Bulakh said.

Ukrainian voices at the virtual event say their people have proven they are ready to fight and sacrifice for their country.

“We are confident that we will win this war because we are absolutely right and we are fighting evil,” Shapaval said.

“I interviewed party leaders of large humanitarian organizations who lived in hotels for $ 500 a night for months,” she said.