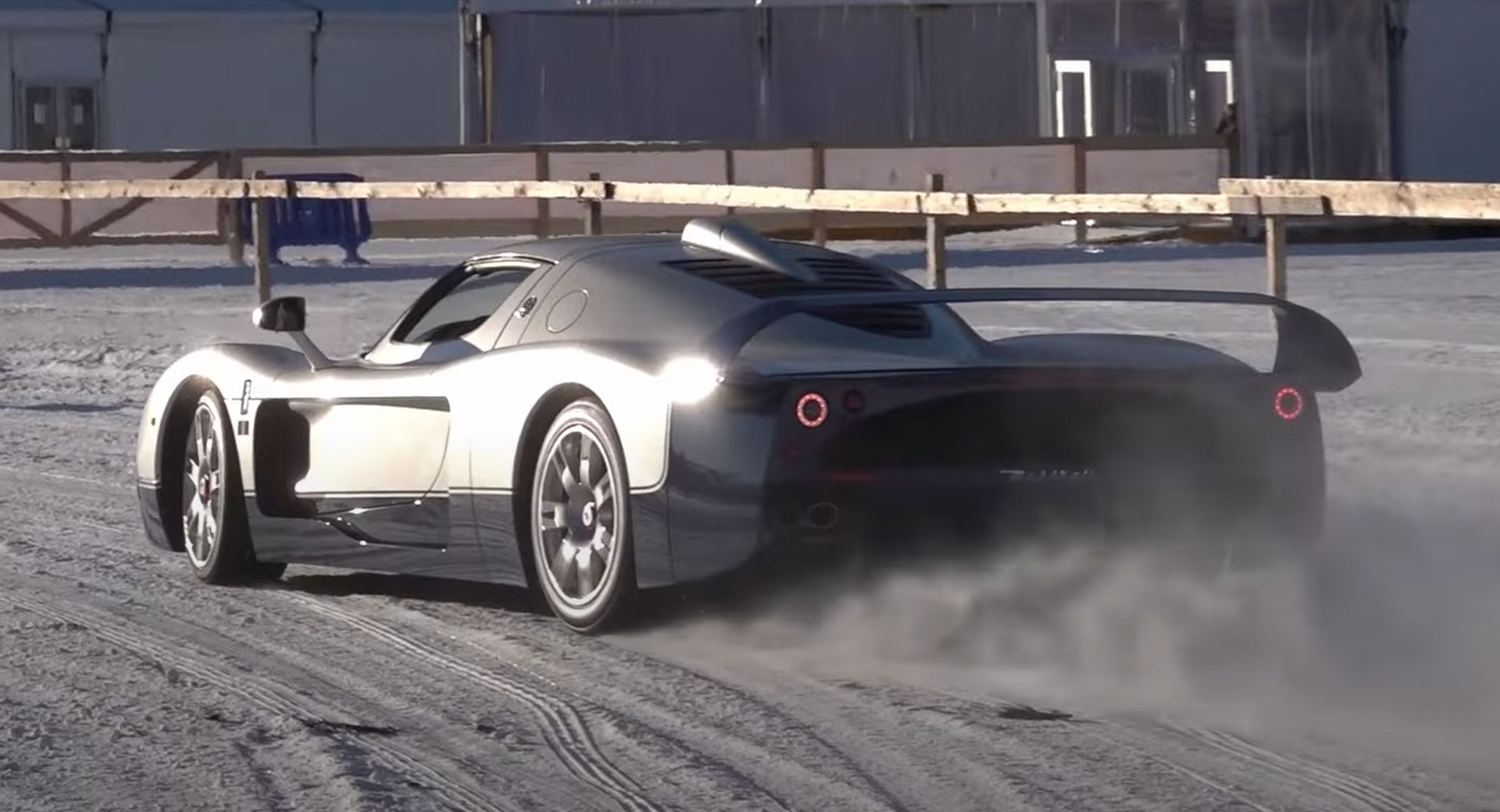 There are several Maserati models that are as iconic or rare as the MC12, and that’s what makes this video where a man plays in the snow even more interesting.

The owner of this MC12 recently attended a particularly exclusive event in Switzerland ICE St. Moritz. The event has been held annually in recent years and brings together rare and exclusive exotic cars in an area that is usually covered in snow. Drivers not only display their cars on a static display during the event, but can also spend some time driving on the track. That’s what this host did.

Obviously, this MC12 was not equipped with tires designed for use in the snow, so it fiercely spun the rear wheels, moving only at snail speed. It may not be very effective, but the owner obviously enjoyed and was able to demonstrate the unusual MC12 soundtrack.

The Maserati MC12 famously based on the Ferrari Enzo and equipped with a flashy 6.0-liter naturally aspirated V12 that delivers 621 horsepower and 481 lb-ft (652 Nm) of torque heading to the rear wheels.

Maserati decided to build MC12 not in order to reassure collectors of millionaire cars, but in order to go to the race, which meant that at least 25 road cars had to be built to meet the rejuvenation requirements. The Italian brand eventually released exactly 25 cars for road use, and later released a version of the Versione Corse, created specifically for use on racetracks for those who thought the “standard” MC12 was not crazy enough.

Would you have the courage to ride a Maserati MC12 in the snow?

Source link Would you have the courage to ride a Maserati MC12 in the snow?